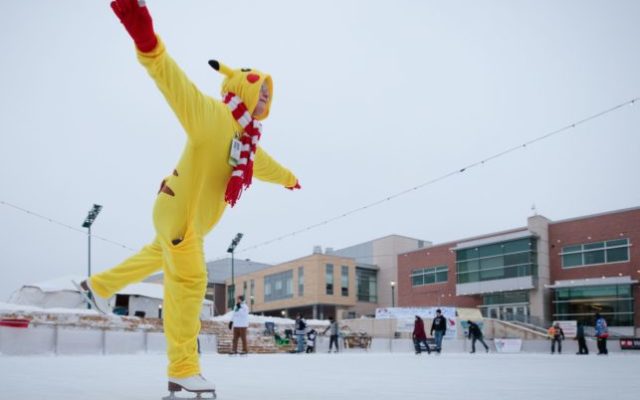 (KFOR NEWS  January 28, 2020)  This year’s 13th annual Skate-a-Thon for Parkinson’s disease at the University of Nebraska Medical Center raised a record $34,000.  In addition to the 525 skaters who skated over the 24-hour period, 5 individuals skated the entire 24 hours.  The Nebraska Warriors team – a hockey club – had a representative on the ice for all 24 hours.

Proceeds from the event will go toward clinical and basic science Parkinson’s research at UNMC and Parkinson’s Nebraska. To date, the event has raised $244,000.

The Skate-a-thon is the idea of an Omaha couple, Ted and Colleen Wuebben, who hosted their own skate-a-thon for three years by flooding their back yard. To grow the event, the couple moved it to the UNMC Ice Rink in 2011.

Colleen Wuebben was diagnosed with Parkinson’s in 2005 at age 52. She died in 2013 at age 60. The Wuebben family, which includes five children, has kept her memory alive by continuing to hold the skate-a-thon every year. Parkinson’s Nebraska was founded in 2005 by Colleen Wuebben when she was first diagnosed.

“Thanks to the community for making this a winter tradition,” said Jenny Knutson, a daughter of the Wuebbens. “The encouraging words of physicians give us the belief that we won’t have to host this event much longer. We hope a cure is on the horizon.”