Storms Blow Through Lincoln Friday Morning With Rain and Wind 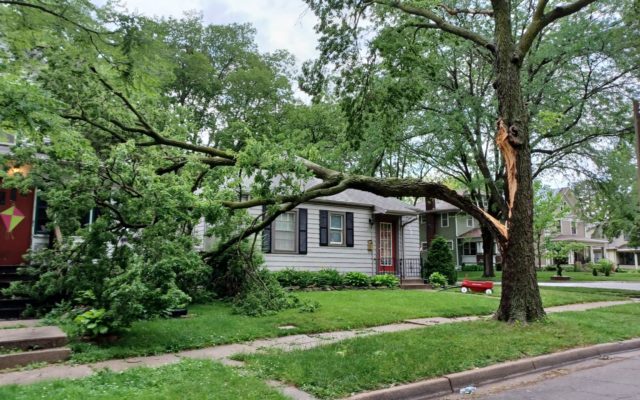 LINCOLN–(KFOR June 11)–A storm system that started late Thursday night in the panhandle of Nebraska and moved eastward early Friday morning ended up in eastern Nebraska by mid-morning, producing heavy rain and some damaging winds.

While officially the wind gust at the Lincoln Airport was at 40 mph, as storms moved through during the 10am hour, it was the rain that caused the greatest concern.  Just over an inch-and-a-half of rain in one hour had fallen in the Airport’s rain gauge before most of the activity had moved out, before a second and smaller wave of thunderstorms moved in.

The total amount of rain from Friday morning’s storms was 1.99 inches.  Other areas of town or Lancaster County received anywhere from 1.5 to 2.5 inches, prompting a flood advisory that ran out at 1:45pm.

High winds may have been possible for knocking down a large tree limb in front of a home off of 30th and “L” Streets, while some tents and canopies were blown over or down at Woods Park.

No reports to KFOR News from Lincoln Electric System about widespread power outages during the storm.  More severe thunderstorm warnings were later posted for areas to the south and east of Lincoln and Lancaster County.  A tornado warning was posted during the noon hour for the southwest portion of Richardson County, west of Falls City, about 75 miles southeast of Lincoln.  No reports of any touchdowns or damage.

By 3:45pm Friday, much of the severe weather activity had long moved out of southeast Nebraska and into Missouri.