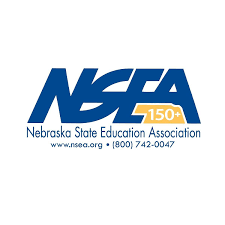 (KFOR NEWS Lincoln, NE October 2, 2021) A growing social media video platform, TikTok, is wreaking havoc in schools with its so-called “devious lick” challenges. In September, students were encouraged to steal or damage school property, then share a video with the hashtag on TikTok.  October’s Tik Tok challenge is to “slap a teacher.”

“We are calling on parents to talk with their children and let them know that threatening and engaging in physical harm is not a joke. Such action is and will be treated as an assault. There will be zero tolerance for such behavior,” said Jenni Benson, president of the Nebraska State Education Association.

“We need parents to talk to their kids and warn them of the serious consequences they face for such stunts, especially slapping a teacher. Not only are these challenges disturbing, they are asking students to participate in criminal or possible life-changing events,” said John Spatz, executive director of the Nebraska Association of School Boards.

School districts across the nation are reacting strongly, investigating and prosecuting the perpetrators. In Florida, at least nine students were arrested and charged with vandalism at one high school. Their parents also had to pay for the more than $2,000 in damages. “Whether you’re the person that slaps a teacher, or videotapes it, we support pressing charges – whether you’re an accomplice or the actual person committing the crime. It is not funny or cute or acceptable to destroy property or to deliberately physically hurt someone,” said Maddie Fennell, executive director of the Nebraska State Education Association

School officials and others are calling on TikTok to shut down these challenges calling for violence and other illegal activities. But, so far, TikTok has not taken down the challenges.