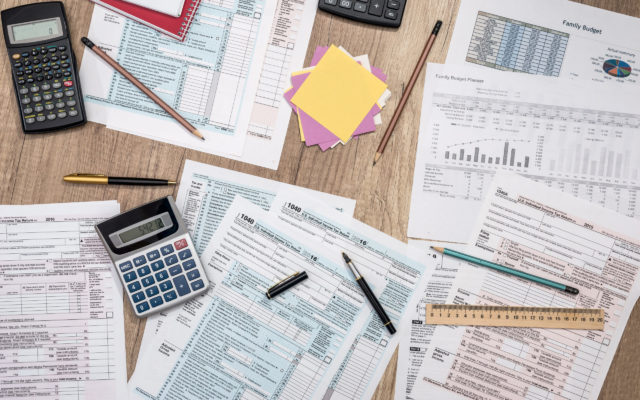 (Lincoln, NE) Treasurer John Murante today joined with 22 other financial officers from across the nation in a letter to President Joe Biden and Treasury Secretary Janet Yellen to express concern that the recent $3.5 trillion spending proposal from the Biden administration will require financial institutions to turn over private citizens’ personal bank account information to the IRS if they exceed $600 of inflows or outflows in an account.

Such reporting requirements are not only a major infringement on well over 100 million Americans with bank accounts, but would impose significant compliance costs on banks, credit unions, and other financial institutions including states which offer 529 college savings plans, costs that most likely will be passed on to the public.

“This could lead to a tremendous invasion of privacy the likes of which our country has never seen. Millions of law-abiding Americans would suddenly have their bank accounts opened to federal investigators for no more reason than buying a refrigerator. This is simply unconscionable. To make matters worse, under this proposal, saving for college could put an American family on the IRS’s radar,” Murante said.

Financial institutions currently report a tremendous amount of data to the IRS, and no evidence has shown that the proposed requirements would substantially aid the IRS’s efforts to close the tax gap beyond the information already at their disposal.

Not only would such an overly comprehensive IRS database require significant resources to build, maintain, and protect, but it would make the personal financial data of millions of Americans vulnerable to attack. The IRS is a constant target of cyber criminals, experiencing millions of cyberattacks annually. This proposal will put a constant strain on customer privacy, data security and overall safety of the banking system.

“As Treasurers and Auditors we want to join the many state bank and credit union associations who oppose this type of intrusive action. We urge you to consider the negative impacts this initiative would have on individuals and small businesses in all of our communities, along with the negative impact on local financial institutions,” the letter reads.

The letter can be found here.