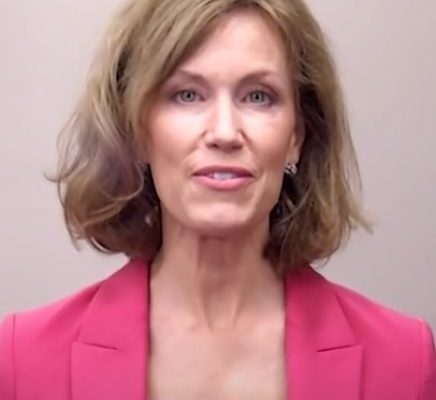 (KFOR NEWS  September 28, 2021)   Mayor Leirion Gaylor Baird Tuesday highlighted the City’s ongoing improvements in infrastructure, public safety, and quality of life, while continuing its focus on creating economic opportunity, advancing equity, building community resilience, and providing assistance for those most impacted by the pandemic. The Mayor’s remarks were part of her State of the City Address delivered virtually at an event organized by Leadership Lincoln (leadershiplincoln.org).

Despite the lingering challenges of the pandemic in 2021, Mayor Gaylor Baird said the City has been successful in improving the community in ways that are crucial to sustaining a high quality of life. “City government, when it’s working like ours, frees people from worries about many of the basics of city living so they can instead focus on pursuing opportunities that improve their lives and their families’ futures,” she said.

She also acknowledged the critical role residents have played over the past year in taking care of one another with a “generosity of spirit that defines Lincoln,” reading a message from a visiting family who had experienced Lincoln’s goodwill firsthand after their vehicle needed repairs.

Highlights from the State of the City Address include the following:

Lincoln on the Move

Gaylor Baird said that by the end of the six-year Lincoln on the Move initiative, it’s projected that $78 million will have been spent on street repair and improvements. Eleven projects have already been completed, eight more are currently under construction, and three are about to begin.

The Mayor announced that the City recently completed the fourth and final phase of Green Light Lincoln, which creates smarter traffic flows throughout the city, resulting in smoother, faster commutes, reduced fuel consumption, and 121,700 kilograms fewer vehicle emissions released into the atmosphere.

“While we prioritize buildings, streets, and infrastructure that grow opportunity in our city, our community’s culture of taking care of one another means we always consider the people who travel these roads, and who work in, live in and use the buildings joining our skyline,” Gaylor Baird said. “Because of the focus we place on quality of life, we put a premium on public safety. Everyone in Lincoln should feel and be safe. That means investing in first responders, both in human capital and in the equipment they need to do their jobs well.”

Gaylor Baird said the Lincoln-Lancaster County Health Department has successfully led the community’s pandemic response efforts and “met this historic moment – keeping our community informed with regular updates, making tough decisions, and hosting vaccination clinics on a scale to rival any in the country.”

Lincoln’s economy will receive another booster shot next week, as she announced an upcoming program to distribute $10 million dollars to the small businesses most impacted by the pandemic so that they, in turn, can provide jobs and build community.

One Lincoln Initiative
Gaylor Baird announced that since 2019, the city’s score on the Municipal Equality Index has increased from 53 to 92 on a 100-point scale. The index shows how inclusive municipal laws, policies, and services are of LGBTQ+ people who live and work in a city.

Implementation of the Lincoln Climate Action Plan is underway, with projects that improve energy efficiency in municipal buildings, increase the use of renewable energy, and transition the City fleet to 100% electric, renewable, or alternative fueled vehicles by 2040. Gaylor Baird announced that, on Monday, she signed an administrative policy directing all City departments involved in vehicle purchases to decarbonize their fleets to meet the 2040 goal.

Gaylor Baird said that the City of Lincoln and Lancaster County have allocated $12 million for projects to help unemployed workers find high wage employment in fields like information technology and manufacturing that help the economy grow. She said work continues to distribute $23 million to the travel and tourism industry and another $21 million to nonprofits providing basic needs, like childcare assistance. The City has also distributed nearly $13 million in federal rent and utility assistance funds to over 3,000 families.

Gaylor Baird closed the speech by saying the numerous letters received by her office that acknowledge the kindness and generosity of residents as they care for one another during these extraordinary times make her feel proud of the Lincoln community.

“If you are feeling proud of our community, too, please take the time to spread the love,” she said. “Spread the love by doing something to take care of someone who needs support. Spread the love with a kind gesture, be it big or small. Of course, right now the most impactful gesture that shows you care for others is to get vaccinated.”

The State of the City Address will be re-aired at 6:30 p.m. Tuesday evening on LNKTV, the City government access channel available on Allo channel 2, Spectrum channel 1300, and Kinetic channel 1005.  The Mayor’s Address is also available on demand at YouTube.com/LNKTVcity and through the LNKTV apps on Roku, Apple TV, and Amazon Fire TV.