Lincoln Man Suspected Of Hit and Run, Various Other Offenses In Recent Weeks 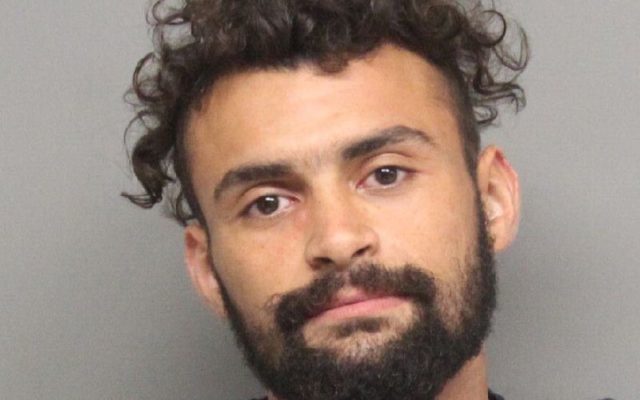 LINCOLN–(KFOR July 22)–Police capture a man wanted in connection to a hit and run late Tuesday night in downtown Lincoln and for other alleged crimes he was involved with since July 9th.

The crash happened at Antelope Valley Parkway and “O” Street, where Officer Erin Spilker says 22-year-old Sonlee Prack had a red arrow in the southbound turn lane and apparently turned in front of a northbound car that had a green light.

“He was located near 23rd and “O” Street, matching the description provided by witnesses,” according to Spilker.  She says officers found out that Prack was wanted on an outstanding warrant, had a suspended license, and did not have paperwork or insurance for the vehicle.  A passenger from the other vehicle reported a minor head injury that did not require medical treatment.

Officers also learned that Prack was wanted for several other cases.  On July 9th around 8:30 pm, officers were dispatched to the 2800 block of Potter Street on a disturbance where Prack had damaged a family member’s vehicle and pushed them.  That same night just before 9pm, an officer attempted to stop a vehicle being driven by Prack.  The officer identified Prack from previous contacts and knew he was wanted reference the disturbance.  As the officer attempted to stop the vehicle in the area of Centennial Mall and P Street, the vehicle accelerated away driving in a reckless manner.

On July 11th around 7:30 pm, Prack was identified as stealing a rotisserie chicken from Super Saver at 2662 Cornhusker and had previous theft convictions making it a felony theft charge.  On July 13th just before noon, an officer attempted to stop a vehicle with no license plate in the area of 27th and Superior Street.  The officer was able to identify the driver as Prack, however, the vehicle fled the scene at a high rate of speed and in a reckless manner.

On July 16th around 9:30 am, an officer attempted to stop a vehicle being driven by Prack in the area of 27th and Holdrege and the vehicle fled from the officer and drove away recklessly.  Prack was also found to be wanted for an outstanding warrant for Driving During Suspension.

Ultimately, Prack was arrested for theft by unlawful taking – 3rd subsequent offense, 3 counts of operate vehicle to avoid arrest, four counts of driving during suspension, willful reckless driving, vandalism, disturbing the peace, leaving scene of an accident, operate a vehicle without proof of ownership, no proof of insurance, and careless driving.