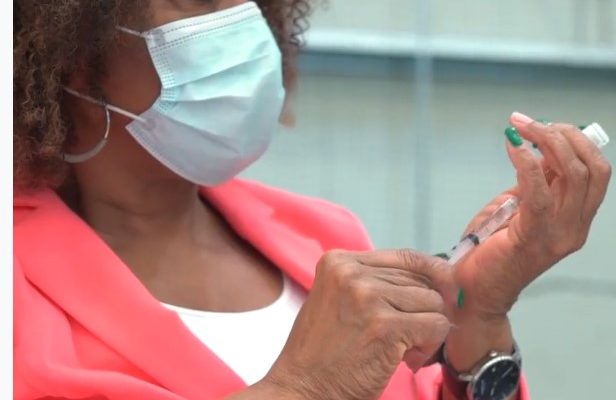 (KFOR NEWS  April 13, 2021)   (NEWSWEEK-Jon Jackson)  Most Americans now call the COVID-19 pandemic either a “manageable” problem or “not a problem at all,” according to a poll released Tuesday. Meanwhile, only 9 percent referred to the pandemic as a “serious crisis.”

The Axios/Ipsos poll for the outlets’ joint Coronavirus Index found more Americans said they are returning to activities that they enjoyed before the pandemic hit. The survey results suggested a return to normalcy for many Americans, though the respondents were not directly asked if their attitudes were affected by “pandemic fatigue” or because they felt safer due to vaccines and declining rates of infections.

The publication of the poll comes as health data showed COVID cases are increasing in some areas of the country. On Monday, the city of Philadelphia announced it will reinstate an indoor mask mandate after a 50% increase in reported COVID-19 cases over the course of 10 days. Additionally, the World Health Organization (WHO) said on Monday that it is watching cases of two new sub-variants of the highly transmissible Omicron strain that could potentially cause more of a case uptick.

According to the poll, 73% of respondents said they consider the state of coronavirus in the country to be “a problem but manageable.” Seventeen percent said they don’t consider the virus to be a problem.  More Americans said they are going out and that the pandemic is not a “serious crisis,” according to a new poll.

The poll also found that 44% of Americans said they still wear a mask outside their homes “at least sometimes,” while 34% said they had practiced social distancing in the past week.

Meanwhile, 65% of the survey respondents said they had gone out to eat in the past week, and 66 percent said they had visited friends or family.

Just 15% reported personally experiencing a mask requirement from their state or local government in public places, which marked a decline of 12 percentage points from the prior month. Another decrease was found in the number of people who said their employer required masks at their place of work:  22% said they had a mask mandate at work, down 17 percentage points from March.

Americans are also less likely to say they support their state or local governments requiring masks in all public places.  44% said they back the requirement in the new survey, down from 50% last month.