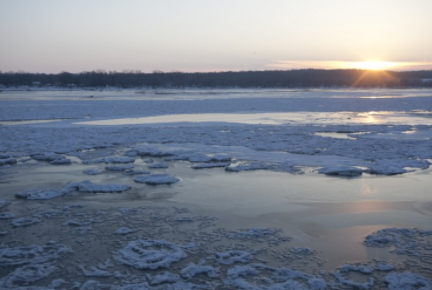 Lincoln, NE (February 9, 2022)  Members of the Legislature’s Natural Resources Committee received an explanation today of why Nebraska needs to build a $500 Million dollar canal from the South Platte4 River in Colorado to a reservoir in Southwest Nebraska’s Perkins County. The Speaker of the Legislature, Senator Mike Hilgers of Lincoln, said his bill would enforce Nebraska’s rights under a 100 year old compact that entitles Nebraska to 125 cubic feet of water per second during the summer months from the South Platte River when it leaves Colorado.

“The compact also allows Nebraska to divert and demand over four times more than that.  In other words, an additional 500 cubic feet per second in the winter, but only if Nebraska constructs the canal, as authorized by Article 6 of the compact.”

Hilgers told the committee Nebraska will lose those rights, and most of the South Platte water it currently receives, if Colorado moves forward with a long list off planned water projects that would use up the river flow before it reaches the border.  He said Nebraska needs the canal in order to enforce its rights under the river compact.

“If Colorado develops, as they’ve currently planned, the 500 cubic feet per second this canal can capture will be gone forever.  This will certainly jeopardize our existing water uses and force us to seek more expensive and less certain water supplies.”

Governor Pete Ricketts told the Committee the moving forward with the canal is a top priority for protecting Nebraska’s water rights.

“If those projects were all to be completed, it would reduce the water coming to Nebraska from the South Platte River by 90%.”

Several Senators questioned the Governor and Hilgers about less expensive alternatives, but were told the canal is necessary in order to protect Nebraska’s rights to the South Platte water it is currently receiving.