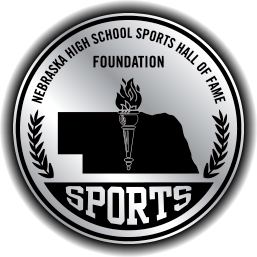 LINCOLN–(KFOR Sept. 20)–Dominque Kelley-Johnson set records at Lincoln Northeast, while helping the Rockets achieve success in girls basketball, and later went on to have a stellar career on the college level at Nebraska.

The Lincoln High girls basketball coach will be among 12 athletes to be honored this Sunday afternoon as part of this year’s induction class into the Nebraska High School Sports Hall of Fame.  Kelley-Johnson and the other honorees will be recognized at the Lincoln East High School Auditorium beginning at 1:30pm Sunday.  Tickets are available by clicking this link: Nebraska High School Sports Hall of Fame tickets.  Northeast’s 1998 Class A boys state championship basketball team, the fourth of the Rockets’ consecutive state titles in the 1990s and 12th in school history, will also be recognized.

As an athlete, Kelley-Johnson helped guide Northeast to a 70-3 record in girls basketball, including the program’s first Class A girls state basketball championship in 2005 that also included a 48-game win streak, which ended in the 2006 state title game.  The Rockets made the state tournament in 2007, Kelley-Johnson’s senior year.  She scored 1,535 career points at Northeast.

Kelley-Johnson says after receiving word of her pending induction, her reaction was humble and modest.

“I just didn’t really feel like I belonged there,” she told KFOR Sports in a phone interview on Tuesday.  “Super humbled and thankful for the opportunity to join such an elite group of people.

Kelley-Johnson was an All-State selection, Nebraska’s Gatorade Player of the Year and earned other accolades before she continued her basketball career at Nebraska, where she started in 109 consecutive games finished with more than 1,100 career points.

But looking back on her playing days at Northeast, it not just the championship and individual success that stand out to Kelley-Johnson.

“The people I got to do it with and how those relationships and friendships have kind of evolved from youth sports days to high school,” Kelley-Johnson added.

More of KFOR Sports’ interview with Dominique Kelley-Johnson will be posted later on.

Bruce Benedict, Millard (1973): A 12-year catcher with the Atlanta Braves who twice was selected for All-Star Games. He was a two-year starter at Millard in football (quarterback), basketball and baseball (catcher) who starred at UNO in baseball.

– Chris Bober, Omaha South (1995): A “late bloomer” who lettered in football and baseball for the Packers, he started 45 consecutive games in the offensive line at UNO and was a two-time Division II All-American. In the NFL, he started 37 of 91 games in seven years for the New York Giants and Kansas City.

– K.C. Cowgill, Grand Island Central Catholic (2002): Nebraska’s longtime leader in 3-point baskets and still its No. 2 scorer was an undefeated state champion in tennis her senior year. The 2000 World-Herald girls athlete of the year was a college standout at Nebraska and Missouri State.

– Phyllis (DeBuhr) Mazour, Beatrice (1984): A three-sport standout at Beatrice, she was Class A all-state in volleyball, all-conference in basketball and a premier pitcher in summer softball leagues. At Kearney State, the two-time NAIA All-America pitched the Lopers to the 1987 NAIA national championship and started for them in volleyball.

– Alex Henery, Omaha Burke (2006): All-state in soccer and football and the state’s 2006 Gatorade soccer player of the year, he was a 2010 AP All-America kicker who became Nebraska’s all-time scoring leader in football. In the NFL, he kicked for Detroit and Philadelphia.

– Dominique Kelley-Johnson, Lincoln Northeast (2007): The state’s 2007 Gatorade girls basketball player of the year, she was the cornerstone of the Rockets’ basketball program that went 70-3 over three years as she scored 1,535 points. At NU, she started 110 consecutive games and scored more than 1,100 points.

– Niles Paul, Omaha North (2007): The consensus 2007 boys athlete of the year was a Parade High School All-American in football as a receiver, second-team All-Metro in basketball and was a two-time high hurdle gold medalist at state track. He was second-team All-Big 12 at NU in 2010 and played seven seasons in the NFL mostly with Washington.

– Michelle (Shoemaker) Meyer, Ansley (1990): A three-sport standout, she won nine events and one all-class gold and scored 112 points at the state track meet and was the first to win four individual events in one year. At NU, she won the Big Eight indoor pentathlon in 1994 and was conference runner-up three times in combined events.

– Neil Unterseher, Lincoln High (1958): A three-time No. 1 singles state champion in tennis who was team captain and an NCAA quarterfinalist at Texas, he was an All-Nebraska point guard on the Links’ 1958 Class AA state champions in basketball, averaging 13 points per game.

– Kristi Woodard, Bellevue West (2002): The World-Herald’s 2002 girls athlete of the year was the state’s Miss Nebraska and Gatorade girls basketball player of the year. She also was the only senior starter on the volleyball team that qualified for state for the 15th year in a row and ran on the gold-medal 3,200 relay at state track. At Creighton, she was an 1,100-point scorer in basketball and played volleyball as a senior.

– Arnie Johnson, Albion: Compiled a 239-122-1 in a 35-year football coaching career at Howells, Albion, Boone Central and Boone Central/Newman Grove. Coached the Cardinals to two state titles and to the finals two other times.

– Jody Rhodes, Paxton: The 2004 World-Herald girls coach of the year put together five state championship teams in volleyball and two in boys basketball for the Tigers.

– Dan Sorge, Shickley: The 1993 World-Herald girls coach of the year took the Longhorns to seven state volleyball championships and a then state-record 104 consecutive victories.

– Ann Schroeder, Lincoln: Officiated boys and girls high school basketball games for 35 years, including 11 state tournaments. She was part of the first two-woman crew at the state tournament. The former NU softball player coached Norris to the 1991 Class B volleyball title.

– Karen Hand, Lincoln: In her 33 years in the athletic office at Lincoln Public Schools, 23 as the district’s athletic director, she promoted and oversaw LPS schools adding softball and soccer as well as triple jump and pole vault for girls.

– Buck Mahoney, Kearney: The longtime sports editor for the Kearney Hub has covered south-central Nebraska sports for more than 40 years and one of the original members of the Hall of Fame board of directors.

In addition to the inductees, the Hall honors individuals and teams for their role in making high school sports the best game in town.

Gustafson Award: Cross country runners Blake Cerveny of Omaha Burke and Brandon Schutt of Bellevue East leaned on each other to finish their district race.