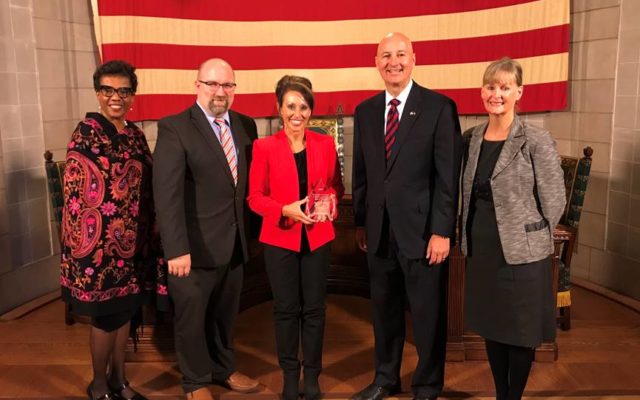 Gov. Ricketts awarded one winner from each of the managed care organization (MCO) networks and dental plan.  The MCOs are UnitedHealthcare Community Plan of Nebraska, Nebraska Total Care, Healthy Blue of Nebraska, and MCNA Dental.  Award recipients were selected for having demonstrated exceptional care to the Medicaid population and measurable contributions during the pandemic through their clinical practice.  Winners were nominated from within each of their respective organizations.

Dr. Erica Peterson: Nominated by UnitedHealthcare Community Plan, Dr. Peterson is a pediatrician for Bluestem Health in Lincoln, where she has served as a provider since January 2012.

Dr. Sami Webb: Nominated by MCNA Insurance, Dr. Webb is the only full-time resident orthodontist in Western Nebraska participating in the Medicaid program.  She has been in practice for 16 years in Scottsbluff.