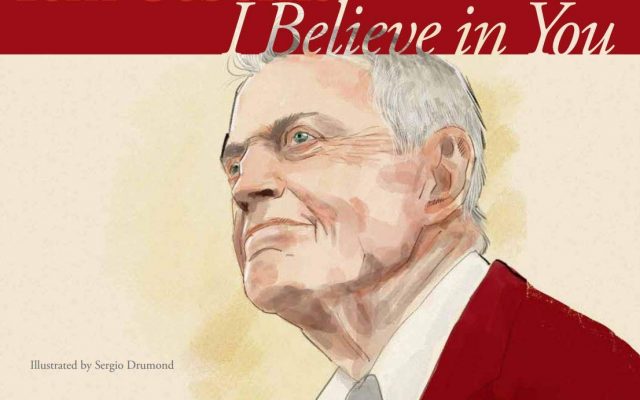 LINCOLN, Neb. (May 23, 2021 – KOLN) -Former Nebraska football head coach Tom Osborne released a children’s book called “I Believe in You,” and hundreds of fans waited in line on Saturday at the Best of Big Red Gift Shop for a special book signing. Osborne took pictures with fans and autographed their books and other Husker gear.

Osborne said his book teaches kids about having positive character traits throughout their lives. He said he hopes when kids read the book, they know that Coach Osborne believes in them.

“I just wish the best for them. Right now, it’s kind of a tough time to be a young person,” said Osborne. “They’re so many messages being thrown at them. They’re confusing, and they’re mixed. I care about kids.”

All proceeds from Saturday’s book signing will go to the TeamMates Mentoring Program. If you missed out, you still have a chance to buy Osborn’s “I Believe in You” children’s book at the Best of Big Red Gift Shop.