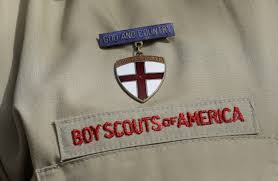 OMAHA, Neb. (AP) – Thirteen years after he was injured in a tornado that killed four boys at a Boy Scout camp in western Iowa, Kevin Hanna is graduating from medical school.

Hanna said the time he spent in rehabilitation after breaking his pelvis when the storm struck the Little Sioux Scout Ranch prompted him to choose a career in medicine. He graduated from the University of Nebraska Medical Center on Saturday and plans to continue his training with a residency in urology at the Mayo Clinic in Rochester, Minnesota.

Hanna, 26, was at the Boy Scout camp northeast of Tekamah, Nebraska, when the tornado struck on June 11, 2008. He remembers everything swirling around before he lost consciousness.

“My friend pulled me out of the rubble and propped me on a chair,” he said to the Omaha World-Herald. “I couldn’t move my legs at all.”

The then-13-year-old spent more than a week in the hospital and a few months in a wheelchair recovering. Hanna enjoyed doing physical therapy because he felt like he was making progress every session. Today, he has few lingering problems and he runs marathons.

Hanna says he was lucky to survive. He won’t forget the boys who who didn’t.

“They didn’t get a chance to grow up to be a doctor or have family or travel the world or run a marathon, but the person I’m becoming is who they could have been,” Hannah said. “I want to live my life in a way that could honor them.”