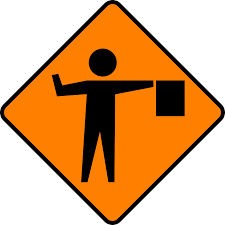 WASHINGTON, D.C. (August 10, 2021) – Today, the U.S. Senate passed legislation to invest in America’s core infrastructure by a vote of 69 to 30. U.S. Senator Deb Fischer (R-Neb.), a senior member of the Senate Commerce Committee and the top Republican on the Surface Transportation Subcommittee, voted in favor of the bill.

“This bipartisan bill makes long-awaited investments to rebuild and develop our nation’s core infrastructure. While not perfect, it includes resources for Nebraska in the key areas I wanted to see such as roads, bridges, water infrastructure, airports, and broadband.

“I am also pleased that the bill includes provisions I pushed for such as increased flexibility for livestock haulers and assistance for communities in rural America to meet transportation needs.

“Additionally, the final bill included my bipartisan amendment that would create an online mapping tool for viewing the progress of federal broadband deployment projects all in one place. This will avoid duplication, maximize federal funding dollars, and help connect as many households as possible,” said Senator Fischer.

“This $1 trillion infrastructure bill continues to spend money our country doesn’t have — and contrary to lots of Enron-style accounting claims, no, it won’t pay for itself. As a backdrop, U.S. consumer prices are the highest in 13 years — and this out-of-control inflation isn’t slowing down. Washington just spent $2 trillion in March; Majority Leader Schumer and Speaker Pelosi are spending another trillion here; and they’re teeing up Bernie Sanders’ $3.5 trillion reconciliation bill tonight. This is more money than Washington has ever spent before. Net net: yes, infrastructure is important, but doing it the right way is more important.”

It now heads to the House of Representatives for consideration.