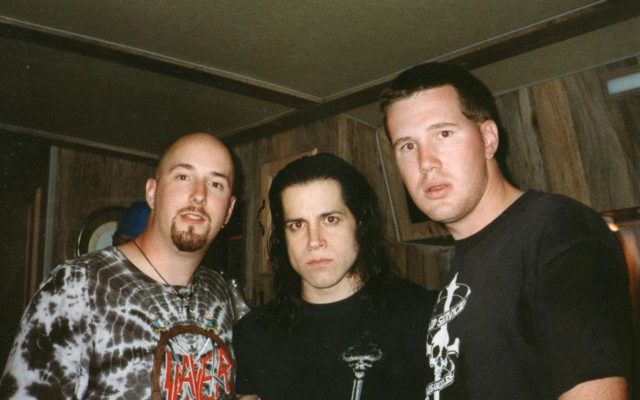 Elvis Presley has always been a big influence on Glenn Danzig, starting in his childhood when he’d skip school to listen to The King’s music.

While the singer has released an Elvis tune here and there over his career, he decided to record an entire collection of covers.

It took a while – he revealed in 2018 that it was in the works – but fans finally have the date Danzig Sings Elvis will be ready: April 17.

Want to see his full Elvis impersonation? Danzig is launching two intimate shows in Los Angeles and San Francisco to support the album. That announcement will come next week.

Enjoy my picture from about a MILLION YEARS AGO. I had a LOT of fun that night – show was at Peony Park Ballroom – did shots with all the guys in the band except Glenn – just sat and talked with him for about 10 mins. He couldn’t have been any nicer. Really soft spoken and looked at you when he talked with you.