Andy Hoffman passes away from cancer 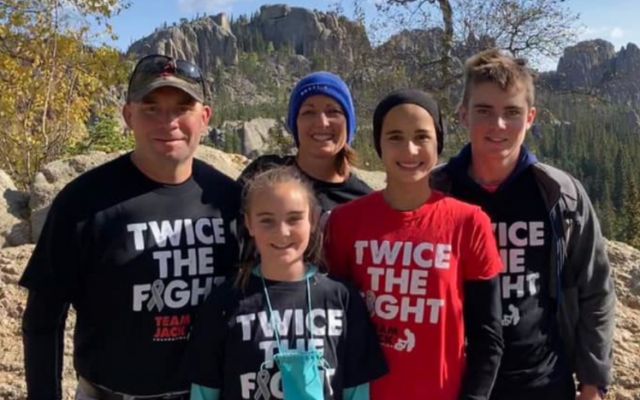 Andy, co-founder of the Team Jack Foundation, was diagnosed with Glioblastoma in late July 2020 and had been undergoing treatment.

Andy was our fearless leader who loved his family with all his heart. His tenacity for fighting childhood brain cancer is how he met every challenge including his own fight with brain cancer. Andy Hoffman, we love you and will miss you, and we promise to honor your legacy by fighting harder than ever for kids with brain cancer. Please keep Andy’s family in your prayers during this incredibly difficult time.

Andy’s wife, Brianna, made a blog post on February 20, letting people know Andy’s health had been declining and there wasn’t much more doctors could do. At the beginning of February, she said what started out as a cough turned out to be coronavirus, delaying his chemotherapy treatment and other appointments. Brianna said he had no coronavirus symptoms after about day 5, but during that time his neurological symptoms worsened.

Since 2013, Andy has dedicated his life to helping find a cure for childhood brain cancer research. Andy’s son, Jack, was his inspiration behind the foundation. After being diagnosed with brain cancer at age five, Jack won the hearts of many with his touchdown run in the 2013 Nebraska spring game. ESPN aired a feature about the Hoffmans in December called “Twice the Fight”, focused on the family’s effort to raise money for childhood cancer research. To date, the Team Jack Foundation has raised more than $8 million. You can donate to the Team Jack Foundation by clicking here.