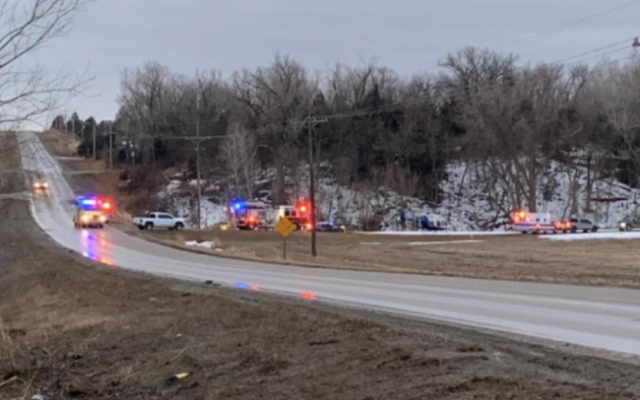 LINCOLN, Neb. (February 28, 2021)) – One person was flown to Bryan West Hospital Sunday morning after a crash in southern Lancaster County.

It happened around 6:30 a.m. Sunday morning along 54th Street, in between Bennet Road and Quarry Ledge Road.

A woman from Roca was driving north when she lost control, and the car ended up partially in a small creek along the west side of 54th. Firefighters extricated the woman from the vehicle. She was later loaded into a medical helicopter and airlifted to the hospital.

The crash is under investigation.  A spokesman for the Sheriff’s office said the injuries were not believed to be life threatening.