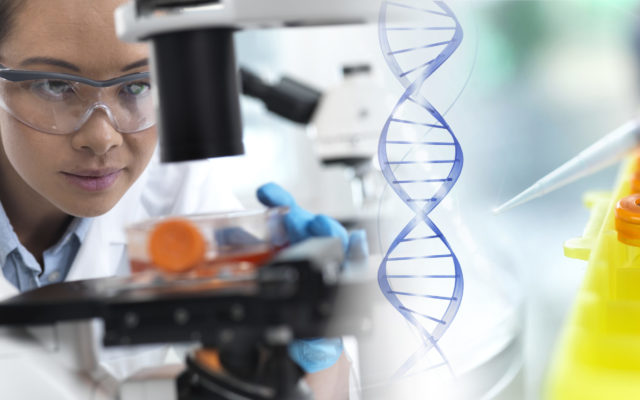 Lincoln, NE (June 22, 2021) For the fourth consecutive year, the University of Nebraska system is ranked among the top 100 academic institutions worldwide in earning U.S. patents to protect the research and discoveries of its faculty.

“This well-deserved honor is confirmation of the creativity and innovation of the University of Nebraska’s faculty,” said NU System President Ted Carter. “I’m so proud of the collaborative spirit that has made this level of success possible. More than that, I’m proud that the work of our faculty changes lives for the better each and every day.”

Earning patents allows NUtech Ventures and UNeMed to work with faculty, staff and students to bring research in areas like biotechnology, agriculture, healthcare, engineering and others to the marketplace. The result is new startup companies, jobs and university-licensed products that grow the economy and improve quality of life.

The report’s 2020 patents include novel drug technology developed by University of Nebraska-Lincoln scientists Paul Blum and Ben Pavlik, and engineer Kevin Van Cott. Blum is further developing the drug through his Lincoln-based startup company Neurocarrus, which aims to safely disrupts pain signals without the risk of addiction or other systemic effects. Another Husker team — including electrical and computer engineers, and animal scientists — is represented among the patents, with a precision technology system that helps livestock producers continuously monitor animals and use data to improve animal well-being.

The patents also feature sustainable technology, including an environmentally friendly method for producing isoprene — which could be used for wastewater treatment, biofuel production and bioproduct development. The technology was developed by Husker scientists Nicole Buan, Karrie Weber, Jared Aldridge and Sean Carr.

“Our faculty again rank among the best at converting innovative ideas into real-world applications,” said UNL Chancellor Ronnie Green. “This ranking is a wonderful reflection of Husker ingenuity and entrepreneurship at work, strengthening our economy and improving lives in Nebraska and around the globe.”

“As one of the world’s leading institutions for patenting research, we know that protecting innovation is important, but it’s also the first step,” said NUtech Ventures’ president and executive director, Brad Roth, Ph.D. “In addition to licensing technology to existing companies, we have expanded our entrepreneurship programs and startup company resources to empower Nebraska inventors and help them transform patents into products and services that impact society.”

Patents from the University of Nebraska Medical Center include a surgical device that could dramatically improve the success rate for patients suffering from kidney disease and failure. For such patients, mere survival requires regular dialysis treatments, the success of which often rests on the outcome of a surgical procedure to create an AV or arteriovenous fistula. A surgeon creates an AV fistula by connecting a vein, usually in the arm, with a nearby artery. The increased blood flow from the artery forces the vein to enlarge into a suitable portal for dialysis machine.

However, AV fistulas are notoriously fickle, and fail to mature about half the time. UNMC’s patented device, invented by surgeon Marius Florescu, MD, is an implant that promotes more reliable and effective fistula maturation.

“The University of Nebraska Medical Center continues to grow basic science, translational and front line clinical research and discovery,” said Jeffrey P. Gold, M.D., chancellor at UNMC and UNO. “These dedicated faculty, staff and students continually develop new prevention strategies, diagnostics and treatments that improve the human condition and at the same time contribute to significant economic development. These activities are core to our mission of strengthening the economy and true excellence of our academic medical center.”

By licensing patented technology to companies, NU campuses can find pathways for continued research and development — and opportunities to extend the impact of research innovation.

“It’s incredibly gratifying to see Nebraska stand alongside world leaders of innovation and discovery,” said UNeMed president and CEO, Michael Dixon, Ph.D. “But I’m even more excited about the fact that 75% of the US patents in our portfolio that issued last year have been licensed to companies for continued development and commercialization. That’s huge, and that’s the ultimate goal: Giving every innovation an opportunity to become a product that helps people.”