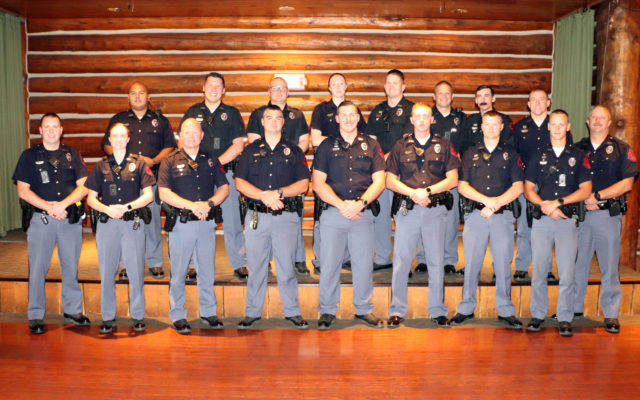 Lincoln, NE (September 22, 2021) 27 Nebraska State Troopers have been honored for their efforts to remove impaired drivers from the road, as well as educate the public about the dangers of drunk driving.

The troopers were presented Hero Awards by Mothers Against Drunk Driving (MADD) during a ceremony held Tuesday at Wilderness Ridge in Lincoln. MADD honors law enforcement across the state for their daily work to keep drunk or drugged drivers off Nebraska roadways.

“This is a proud day for our NSP team, thanks to incredible work by our troopers across the state,” said Colonel John Bolduc, Superintendent of the Nebraska State Patrol. “These honors from MADD are a great recognition for the constant work it takes to keep roads safe, but they also serve as a reminder that the job is ongoing. We salute MADD for their invaluable work to keep the topic of impaired driving at the forefront of the safe-driving conversation.”

The troopers honored were:

In 2020, NSP troopers arrested nearly 1,000 drivers for driving under the influence of alcohol or drugs. They also conduct hundreds of events across the state each year to educate Nebraska’s youth about the dangers of drinking and driving. So far in 2021, troopers have made more than 850 DUI arrests.

MADD also honored officers, deputies, and advocates from several other agencies and organizations around the state.