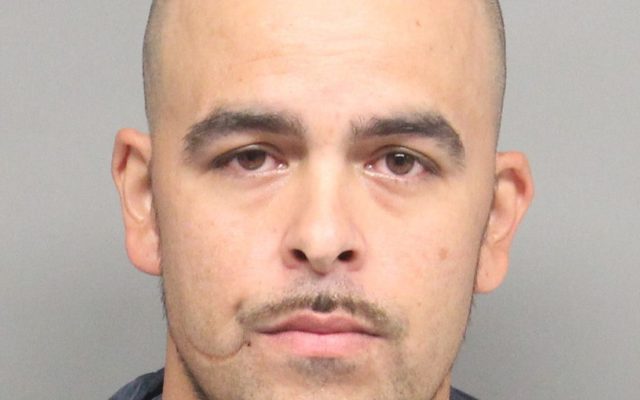 Lincoln, NE (September 27, 2021)  Lincoln police were called to the 3200 block of W Sumner last thursday, September 23, on a weapons violation that may have started with an argument.  Police arrived and spoke to a 38-year-old woman who said she left the home after an argument with her boyfriend, 38-year-old Mikhael Laravie.

The told officers that, as she was walking to her car, Laravie threw a large rock at her.  She left, but when she returned later,  Laravie was standing inside with a pistol tucked into his waistband.  Laravie pulled the gun, held it near his chest, and started yelling at the woman.  She said she believed at the time that Laravie was going to shoot her.

The Police officers responded and made voice contact with Laravie.  Due to statements he made to officers and his prior threatening gestures with a firearm, members of the SWAT Team were called to help talk with Laravie.  After several hours of negotiation, Laravie was eventually taken into custody peacefully.  No one was hurt during this incident.

A search warrant of the home yielded one handgun (with two loaded magazines) and one shotgun.  Laravie was arrested for Terroristic Threats, Use of a Weapon to Commit a Felony, and 3rd Degree Domestic Assault.