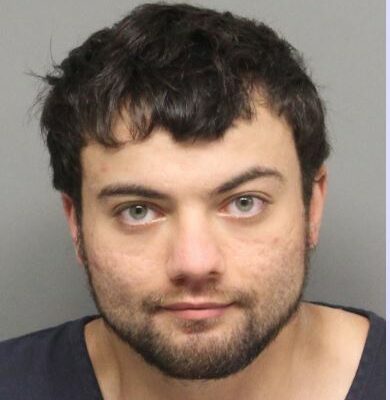 LINCOLN–(KFOR Nov. 17)–Police have recovered a vehicle that was stolen Tuesday morning from a home near 12th and Pawnee, but was found Wednesday morning in southwest Lincoln.

LPD Captain Todd Kocian says the victim reported his 2006 GMC Envoy was stolen after he started it to warm it up.  The victim went back inside and came back out later to find it was gone.

Then late Wednesday morning, police saw the vehicle near Park Boulevard and Van Dorn Street, where a traffic stop was attempted by officers.  A brief pursuit happened after the vehicle wouldn’t stop near Highway 77 and West Van Dorn.  About 15 minutes later, a Lancaster County Sheriff’s deputy found the vehicle in the parking lot of 1720 Cushman Drive.

Kocian says 27-year-old Gabriel Kuhfahl was contacted in the vehicle and after a brief struggle, he was taken into custody.