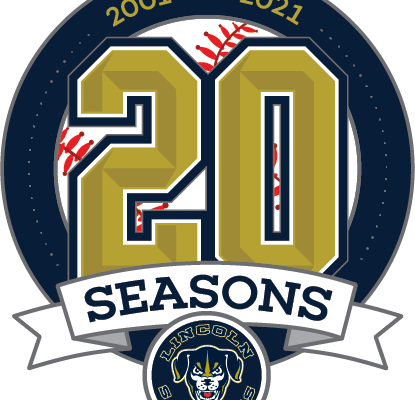 LINCOLN–(July 6)–Kyle Kinman allowed one hit over seven shutout innings in Game 2, Josh Altmann homered for the fifth consecutive day on his birthday, and the Lincoln Saltdogs (21-22) split a seven-inning doubleheader with the Sioux City Explorers (27-17) at Haymarket Park on Tuesday night.

Josh Altmann hit a two-run homer on his 27th birthday, but after allowing six unanswered runs in the 5th and 7th innings, Lincoln’s late-inning rally fell short in a 7-5 loss to the X’s in Game 1.

Altmann’s homer came in the 1st inning, and Curt Smith homered to give Lincoln a 3-1 lead in the 4th.

Sioux City rallied for three runs in the 5th. Jose Sermo hit a two-out solo homer, and Sebastian Zawada later tied the game with an RBI single before Chase Harris gave the X’s a 4-3 lead.

Sioux City scored three more times in the 7th, but Lincoln rallied with Forrestt Allday’s RBI single and Curt Smith’s RBI double. With the tying run at second base, the ‘Dogs struck out twice to end the game.

Kyle Kinman allowed just one hit in a shutout performance, and the ‘Dogs beat Sioux City 4-0 for their first win over the X’s this year.

Kinman tossed Lincoln’s first shutout of the year, and it was the club’s first one-hitter since Austin
Robichaux lost a no-hitter with two outs in the 9th inning at Cleburne on August 23, 2018.

The left-handed allowed just one walk with four strikeouts over seven innings, while Lincoln scored four times in the first and cruised to a win.

Josh Altmann opened the scoring with an RBI single, and after he and Curt Smith scored on wild pitches, Yanio Perez drove in Ryan Long with a sacrifice fly.

Neither team used a reliever in Game 2, and Jonah Smith allowed four runs on four hits over six innings for Sioux City.

David Vidal went 1-for-2 with a walk and a double, while Forrestt Allday’s league-best 28-game on-base streak came to an end.