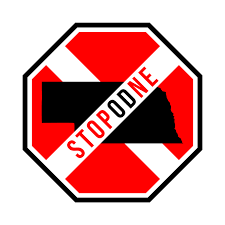 (KFOR NEWS  December 30, 2022)   2022 is turning out to be a heavy year for fentanyl busts coordinated out of the Omaha’s Drug Enforcement Administration.

Thursday’s news release reported the division had seized nearly 4.7 million lethal doses of fentanyl, both pill and powder form, contributing to a national total of more than 379 million potentially deadly doses seized by the DEA during the year — “enough to kill every American.”

“The amount of fentanyl we’ve seized across our Division has far surpassed our totals from last year,” DEA Omaha Division Special Agent in Charge Justin C. King said.  “In some states, our totals tripled the amount reported in 2021.  The lethality and seriousness of this drug can’t be talked about enough. Now is the time for families to sit down and have conversations about the consequences that can come from taking this incredibly potent substance.”

Fentanyl is a highly addictive man-made opioid that is 50 times stronger than heroin. Just two milligrams of fentanyl, small enough to fit on the tip of a pencil, is considered a potentially deadly dose. Fentanyl is the primary drug threat in Minnesota and ties with methamphetamine as the number one drug threat in Iowa, Nebraska, North Dakota and South Dakota.

NARCAN® is a potentially lifesaving medication designed to help reverse the effects of an opioid overdose in minutes. Since most opioid overdoses occur in the home and are most often witnessed, having a NARCAN® rescue kit nearby can make all the difference.

Narcan Nasal Spray is available at NO COST to reverse poisoning from deadly Fentanyl and other opioids.  It’s FREE at 8 pharmacies in Lincoln and many more across the state.  Find a list of those pharmacies on the StopOverDoesNebraska website.