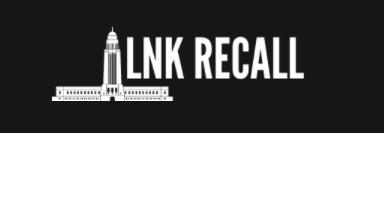 (KFOR NEWS  December 21, 2020)  Lincoln, NE –  The organizer of LNK Recall, the effort to recall Mayor Gaylor Baird and 4 City Council members, has his doubts about reaching the required number of valid signatures by Wednesday so the recall can be placed on the spring ballot.

Samuel Lyon said in a statement Saturday that based on the most recent count of known petition signatures, “the effort will come up several thousand short” unless more signatures are gathered by the 23rd or an extension is granted.  Just under 22,000 signatures are needed.  Lyon says hurdles have been COVID restrictions and supporters assuming the recall is a done-deal.  Lyon launched his recall, not on the mask mandate, but what he calls, “the mayor’s abuse of power“, end quote.

The statement went on to say, “Despite this, getting the petition to the voters of Lincoln has faced two major hurdles—COVID-19 restrictions on people gathering in restaurants, bars and youth sporting events and supporters assuming the recall is a done-deal.” “I have people signing that assume we’re almost done. I tell them that we are still thousands short of the target and the buffer number that we need and they say, ‘I’ll go and get my wife!’ ‘I’ll come back with my dad!’” reports Lyon. “They assume we’re in the clear because they know the mayor isn’t popular, but COVID-19 is keeping many inside. There’s reduced foot-traffic in the traditional places where petition signatures are collected. Businesses have been shut down, events are canceled and mass-gatherings outlawed, making it much more difficult for us to reach the electorate than in any other year. COVID-19 is the mayor’s best friend right now.”

Ahead of Sunday’s signature event at Clocktower Shopping Center, at 70th and A Street, Lyon emphasized the mask mandate has never been the point of the recall. “It’s not the mask, it’s the mayor,” said Lyon. “It’s her abuse of power and the do-nothing city council that are pushing these signatures. The idea that the mask mandate is the reason for the recall is a straw-man that the mayor’s partisan opposition has made up to attack because they know they’ve blown it.”