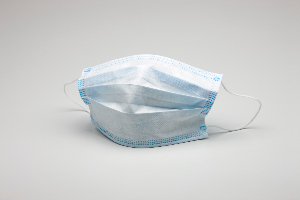 The state has argued that Douglas County Health Director Lindsay Huse didn’t have the authority to issue a mask mandate unless the state approved it beforehand. The Nebraska Department of Health and Human Services had rejected her previous requests.

Huse has said she believes Omaha city code gives her the power to order the mask rule and the mandate is needed because of the surge in virus cases this month.

Attorney General Doug Peterson made it clear, after the ruling, that he would continue fighting the mandate:

“Public officials have only the authority that the law gives them, and Dr. Huse does not have the power to single-handedly issue her mandate,” said Attorney General Doug Peterson. “Although we disagree with the court’s ruling denying our request to immediately stop Dr. Huse’s mandate, we recognize that courts set a high bar for such requests. They will not grant them unless they think the issues are clear. A very important question still needs to be resolved in this case. That question is whether our laws allow one unaccountable official to unilaterally impose these kinds of mandates on individuals and businesses backed by the threat of fines or imprisonment.”