Offutt Planes Move to Lincoln Ahead of Runway Reconstruction 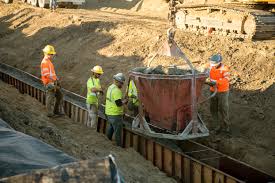 (KFOR NEWS  January 27, 2021)   WASHINGTON, D.C. –  Nebraska U.S. Republican Senator, Deb Fischer, a senior member of the Senate Armed Services Committee, released the following statement Tuesday after it was announced that planes being relocated from Offutt Air Force Base will begin landing in Lincoln Monday as part of the base’s $150 million runway reconstruction project:

“55th Wing planes will soon be landing in Lincoln — a sign that the reconstruction of Offutt’s runway is well underway. I worked very hard with the Air Force to help realize this critical reconstruction project. After years of effort and cooperation, it’s wonderful to see this milestone bring us closer to completing a project that helps our military, Nebraska, and the nation. Thank you to the community in Lincoln for being such gracious hosts to our airmen during construction.”

The 55th Wing’s fleet is expected to be fully relocated by March and will remain in Lincoln until September 2022.