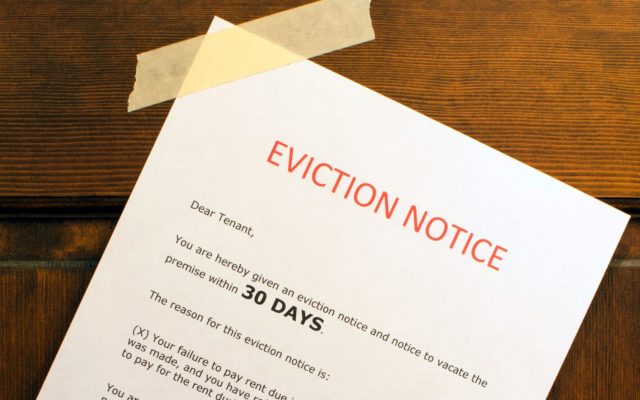 Lincoln, Nebraska, Dec. 21, 2020 – More than 150 Nebraskans – including state and local lawmakers, community advocates, neighborhood leaders, and philanthropists – gathered virtually on Dec. 18 for the premiere of Behind on Rent, a new short film highlighting the affordable housing and eviction crisis in Nebraska.

For several months during the 2020 pandemic, Lincoln filmmaker Gabriella Parsons followed four Nebraska tenants and their struggles to attain housing security amid economic and public health uncertainty. The half-hour film, set in Lincoln and Omaha, highlights the human toll of the state’s burgeoning eviction crisis and also features efforts to protect our most vulnerable neighbors.

“I’m immensely grateful to the individuals we interviewed who trusted us to tell their stories,” Parsons said. “Without their vulnerability and willingness to share, this film simply would not have been realized.”

The film, commissioned by History Nebraska, The South of Downtown Community Development Organization, and the Nebraska Housing Developers Association, premiered as part of Speak Up For Housing Rights, a campaign powered by more than a dozen educational, civic, and arts groups in Lincoln and Nebraska that aims to rally the community to confront the deepening eviction crisis.

The National Low-Income Housing Coalition estimates that 30 to 40 million American renters are at risk of eviction during the COVID-19 pandemic. In Nebraska, an estimated 192,000 to 256,000 people are at risk. The national Centers for Disease Control eviction moratorium expires Dec. 31, leaving no protections in place for vulnerable renters.

Despite the moratorium, evictions have proceeded across the state. In addition to telling tenants’ stories, Behind on Rent also highlights the people and organizations that are coming to their aid, including the Tenant Assistance Project of Lincoln, a group of attorneys and others who volunteer to represent Nebraskans facing eviction in court.

Immediately following the premiere on Dec. 18, a virtual roundtable panel that included Parsons, plus Isabel Salas of the South of Downtown CDO and Mindy Rush Chipman, director of the Lincoln Commission on Human Rights shared thoughts on the most pressing issues of the crisis. Steve Smith, director of communications at Civic Nebraska, moderated the interactive event. View the Q&A here.

Parsons said Behind on Rent challenges popular narratives that eviction is always the fault of the tenant. Rather than focusing squarely on specific reasons each individual was facing housing difficulties, Parsons said, Behind on Rent examines the legal barriers and history of evictions, from landlord-tenant law to racial segregation to redlining, and systemic inequalities that continue to contribute to eviction today.

“My hope is that by the end of the film, viewers not only have empathy for people who are experiencing housing insecurity or homelessness, but also that viewers are able to better understand what evictions have to do with them,” she said. “Why should people care? Why does it matter to our community? Right now, during a pandemic, we’re really seeing the interconnectivity and intersectionality of these issues.”

Nebraskans are invited to watch Behind on Rent, as well as the Q&A that followed Friday’s virtual screening. Both are available for free at SpeakUpLNK.org.