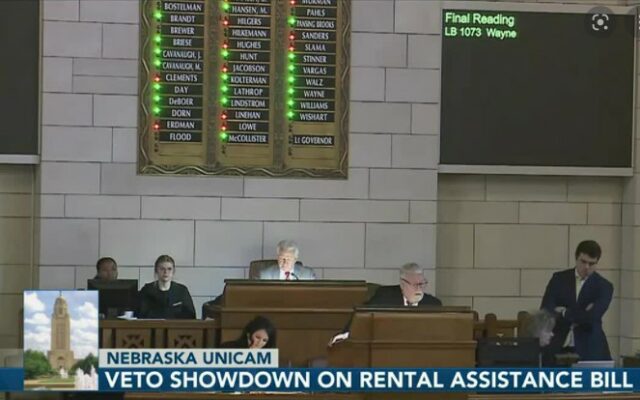 Lawmakers passed the measure through a third and final vote, 26-15.  Eight state senators abstained from voting.

Ricketts has strongly objected to the measure, and overriding his veto would require votes from at least 30 lawmakers.

The Republican governor has argued that Nebraska has the nation’s lowest unemployment rate, and the state only used about 40% of the rental assistance money that came in an earlier round of federal funding.