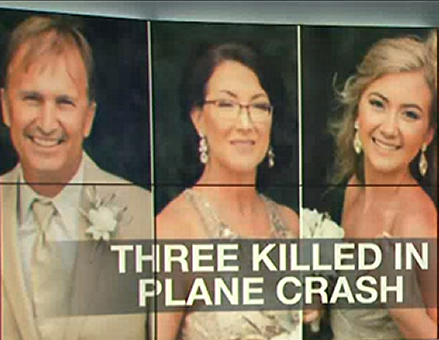 Oklahoma City, OK (March 29, 2022) A preliminary report on an Oklahoma plane crash that killed three Nebraskans says the aircraft was “near vertical” when in struck the ground.

A preliminary report by the National Transportation Safety Board released Tuesday says a witness account and an examination of the crash scene indicate the plane crashed nose down on March 17.

Those killed in the crash near Pond Creek, about 80 miles northwest of Oklahoma City were 58-year-old pilot William Lauber and his wife, 58-year-old Christine Lauber, both of Milford, Nebraska, and their 21-year-old daughter, Regan Lauber, of Lincoln, Nebraska.