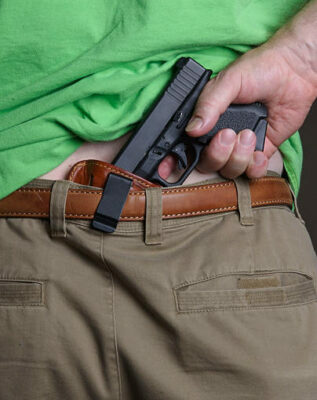 (KFOR NEWS  March 11, 2022)   (AP) – Nebraska lawmakers are struggling with a measure that would allow people to carry concealed handguns without a permit, an idea supported by gun-rights advocates despite concerns from some law enforcement officials.

State senators spent Thursday debating the proposal but failed to reach a vote, which is now expected on Friday.  If it passes, Nebraska would join 21 other rural, conservative-leaning states that have lifted the permit requirement.  Another five states have measures pending.

Supporters of the Nebraska bill need at least 33 votes in the 49-member Legislature to overcome a filibuster led by opponents.  Three votes are required before it would go to Republican Gov. Pete Ricketts, who supports the bill.  The vote is expected to be close.