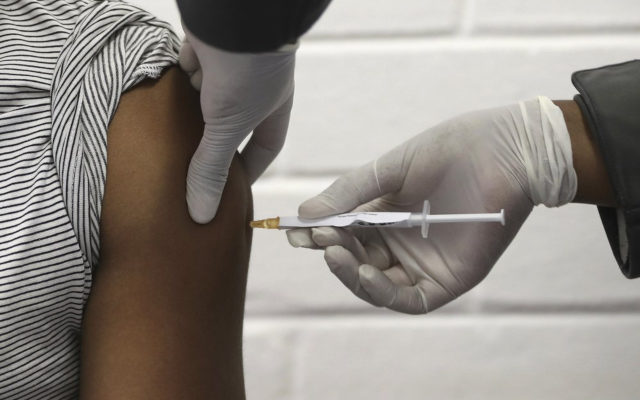 LINCOLN–(KFOR Dec. 2)–The initial doses of the COVID-19 vaccine could arrive in Nebraska as early as mid-December, state officials said on Wednesday.  Roughly 105,000 doses could be in the state sometime the week of Dec. 14.

The first 15,600 doses will likely come from Pfizer and will be given to health care workers and long term care facilities.  Another 19,500 doses will come from Pfizer and 32,100 from Moderna between Dec. 20 and 26.  Pfizer will then deliver another 23,400 doses, while Moderna will send 14,200 doses of the vaccine between Dec. 27 and 31.  Governor Pete Ricketts said that’s if FDA approval and distribution go as planned.

It’s estimated that 90,000 hospital, health care, EMS and long term care facility workers would be receiving the first doses of vaccine, which is part of the state’s Phase 1A plan.  When asked about if Phase 1B (which includes the general public) could be launched by January, Ricketts said it would depend upon making sure the Phase 1A people are taken care of first, in addition to approval from FDA and how distribution is going by then.   It could be April, before Phase 1B happens.

Once hospitals receive the doses, Ricketts said vaccinations can be done immediately.  Once the initial dose has been administered, it will be followed with a second dose, potentially in January.