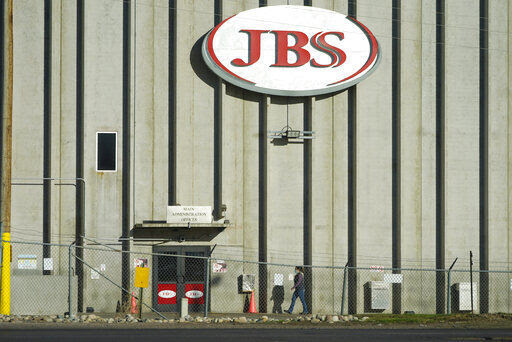 (KFOR NEWS  June 2, 2021)   The largest meat processing company on the planet, with plants in Omaha and Grand Island, NE are victims of the latest ransomware attack from a criminal organization likely based in Russia.

JBS is the second-largest producer of beef, pork and chicken in the U.S.  The Associated Press reports if JBS were to shut down for even one day, the U.S. would lose almost a quarter of its beef-processing capacity, or the equivalent of 20,000 beef cows, according to Trey Malone, an assistant professor of agriculture at Michigan State University.

JBS has extensive facilities in the U.S., including three processing plants in Iowa — Council Bluffs, Marshalltown and Ottumwa — along with plants in Omaha and Grand Island, Nebraska.

Even before the attack, U.S. meat prices were rising due to coronavirus shutdowns, bad weather and high plant absenteeism. The U.S. Department of Agriculture has said it expects beef prices to climb 1% to 2% this year, poultry as much as 1.5% and pork between by from 2% and 3%.