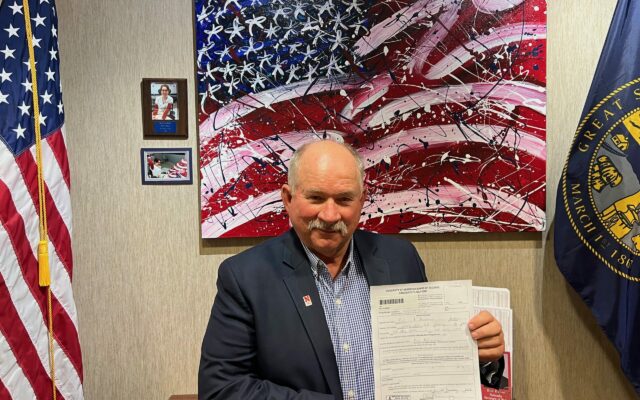 Amherst, NE (January 11, 2022) – Republican University of Nebraska Regent Paul Kenney has filed his candidacy for re-election to the Board of Regents – District 6. Kenney was first elected in 2016 and he currently serves as Chairman of the Board after serving as Vice Chairman in 2020.

“I am thrilled to officially file for re-election to the Board of Regents. I am honored to have been able to serve the people of District 6 during my first term and look forward to continuing to be a voice for hardworking Nebraskans on the Board of Regents. I’ve worked to hold the line on budget increases and to keep tuition affordable but there is still work to be done to ensure the University of Nebraska system continues to serve Nebraskans and build a strong foundation for the future.”

Kenney is an agri-businessman, farmer and rancher from the Amherst, Nebraska area. In 1982, he earned his degree in Agricultural Economics from the University of Nebraska – Lincoln. Kenney’s farming operation is a homesteaded farm that has been passed down throughout his family for over 100 years. He has previously served as Chairman of KAAPA Ethanol, Chairman of the Nebraska Ethanol Board and as a member of Governor Pete Ricketts’ Agricultural Advisory Committee.

Kenney has also served on the Amherst Public School Board for 16 years, formally served as President of the Kearney Area Ag Producers Alliance, a member of the UNL Ag Alumni Board, an Amherst Volunteer Fireman and as a board member of the Kearney Area Chamber of Commerce. Paul and Angie Kenney have four married sons and nine grandchildren.
2022 Nebraska Business Hall Of Fame Honorees Announced