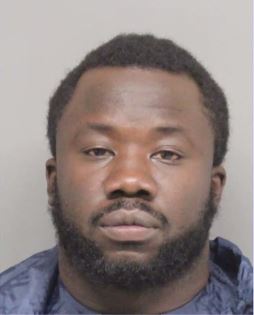 LINCOLN–(KFOR Nov. 18)–About two months after a sexual assault reportedly happened at a Lincoln apartment, police arrested a suspect believed to have been involved.

On Tuesday night, officers showed up to a home near 31st and Starr and arrested 25-year-old Innocent Magaya for first-degree sexual assault, strangulation, false imprisonment and resisting arrest.  Magaya apparently struggled and resisted officers before he was tased and taken into custody.

Police say Magaya was identified as a suspect, after the investigation started Sept. 19.  No other details about that investigation have been release.