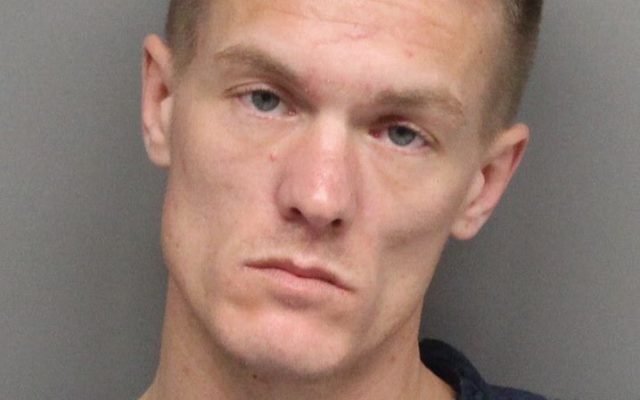 LINCOLN–(KFOR Nov. 23)–A burglary case from Nov. 15 may have been solved, with the arrest of a suspect following a traffic stop over the weekend.

Lincoln Police Officer Luke Bonkiewicz on Monday said the suspect, 32-year-old Bryce Pierce, was pulled over Saturday morning by the Nebraska State Patrol along Highway 77 between Interstate 80 and Bluff Road, interviewed by troopers and, based on the statements given along with evidence previously gathered, he was arrested and put in jail for burglary.

On Nov. 15, Lincoln Police were called to a report of a burglary at a home in the 400 block of South 42nd Street, where a 52-year-old man told officers that someone stole his nail gun and drill from his garage.  A neighbor also told investigators seeing a suspicious person and vehicle in the area.

Officers had reason to believe that Pierce was responsible and followed-up by finding out that he pawned a nail gun and drill closely matching the victim’s.