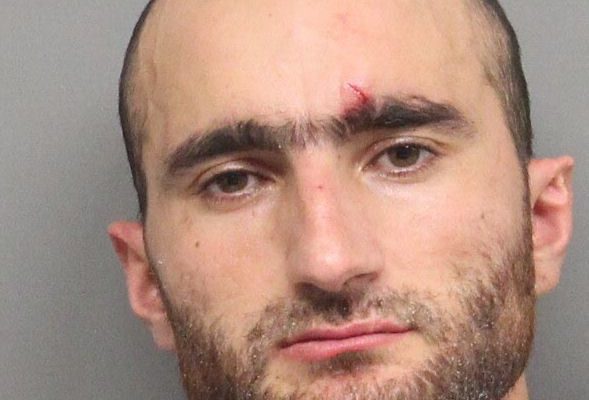 LINCOLN–(KFOR Dec. 2)–A 27-year-old man is accused of causing a disturbance inside a two Lincoln stores on Tuesday morning.

Lincoln Police say just before 8am, officers were called to the Russ’s Market at 17th and Washington, where the manager said a man, later identified as Khaled Khalil, came into the store, grabbed a bottle of lotion off the shelf and started using it on his hands.  The manager then walked up to Khalil and explained to him he would need to buy the lotion first before using it.  But according to the investigation, Khalil claimed he purchased it but didn’t have a receipt.  Police say Khalil left Russ’s without paying and officers were able to get his description from security video.

About a half-hour later, police say an officer was waved down by an employee of the Casey’s at 9th and South because a man was inside and stuck his fingers in a jar of Vaseline, then spread it over his face.  That man, later identified as Khalil, was told by the employee he needed to pay for the item before using it.  Khalil then started to walk out the door.

Officers were able to identify Khalil as the man responsible in both cases.  Police say as Khalil was being taken into custody, a glass pipe with residue was found in his pocket and field tested positive for meth.

Khalil was arrested for two counts of felony shoplifting 3rd subsequent offense, possession of a controlled substance, and possession of methamphetamine.