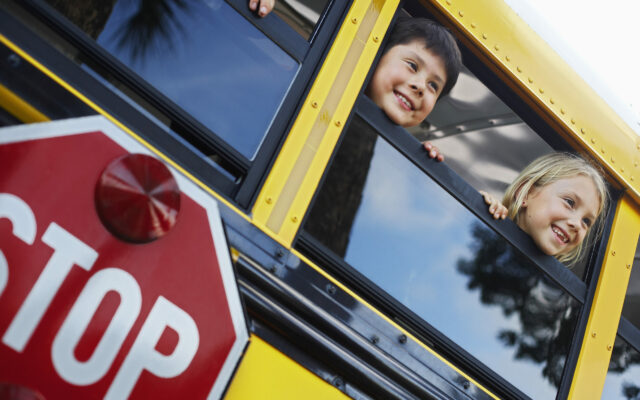 LINCOLN, Neb. (KOLN) – A Lincoln Public School bus driver is facing disciplinary action after a child was left on a bus and found walking around the transportation center parking lot.

According to LPS, on Tuesday morning, a staff member found the child in the parking lot around 11 a.m.

In a statement released to 1011, LPS says the bus transporting the student arrived at Lakeview Elementary School just after 8:30 a.m., and the student laid down in their seat during the wait.

The remaining students left the bus, and the bus departed the school without the driver checking to see if any students were still on board.

Below is a statement from LPS Director of Transportation Ryan Robley.

“The driver did not follow our protocols and walk the entire bus to check seats prior to departing from the school.

The bus then drove to the transportation center and arrived around 8:53 a.m.

At 8:56, the driver parked, filled out paperwork, and left. According to video on the bus, the student stood up around 8:58 a.m. and looked around before sitting back down. The video ended at 9:07.

Then around 11 a.m., the student was found by the staff member and disciplinary action has been taken against the bus driver, according to LPS.

“After morning attendance was taken, Lakeview staff attempted to contact the student’s family to determine why the student was absent. The family did not answer or return the school’s phone call.

This is a clear violation of our safety protocols and disciplinary action has been taken with the employee.”