A big step toward a special bond election for Lincoln Public Schools, as the school board on Tuesday night discussed a $290-million bond, which includes two new high schools, athletic complexes, approval of land for those sites, and improvements for other schools. Board chair member Lanny Boswell said,” I think with the high schools having specific sites being identified helps the public and the voters be informed about what we are proposing with the bond.”

One site is located in northwest Lincoln between NW 48th and 56th, and from West O to West Vine that would cost around $5.8 million. The other site is located in southeast Lincoln by 7oth and Saltillo Road and would cost about $3.6 million. Both of these sites would also include athletic facilities. LPS Facilities Director Scott Wieskamp said that these sites could be become campus size and still have extra land. Wieskamp said, “The one in southeast Lincoln is about 143 acres and the one in northeast Lincoln is a 118, much larger than our last high schools sites in North Star and Southwest which are very close to 70 acres each.”

Wieskamp also added that fifteen to twenty potential sellers have been contacted to see if they would be selling the land and that extensive research has gone into this to make sure that the potential sellers of the sites would get a fair deal.

A final vote to put the $290-million facilities bond before voters in February is scheduled for Dec. 10. 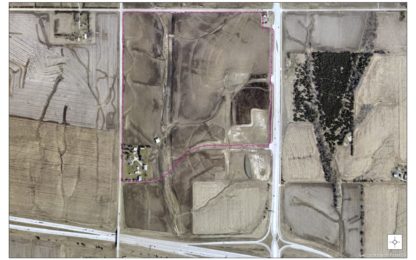 READ MORE: NDE Releases That No Lincoln Schools On The “Need Improvement” List