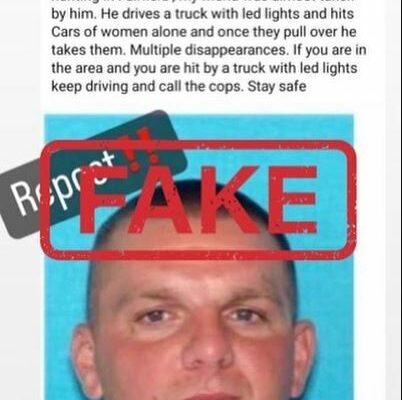 LINCOLN–(KFOR Aug. 16)–Lincoln Police have issued an alert about a fake social media post that’s been circulating in several cities.

It says a serial killer is currently hunting for a victim in Lincoln. The post contains a picture of a man, and says the killer drives a truck with red lights. it goes on to say he finds his victims by running into cars with women driving alone….then kidnaps them. 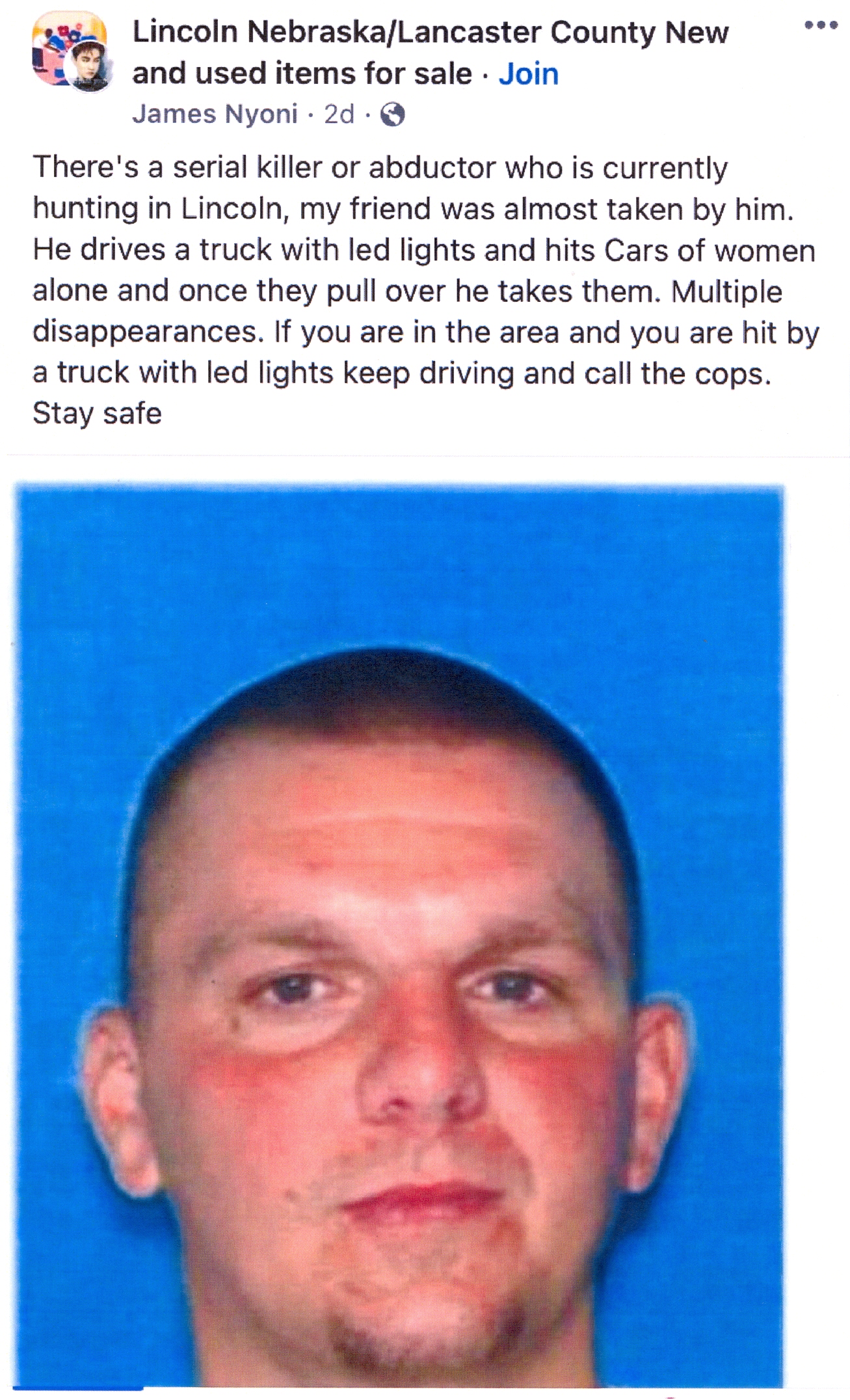 Police spokesman Captain Todd Kocian says the posts have appeared around the country, using the names of various cities, and are completely fake.