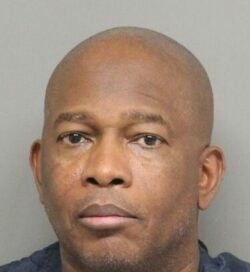 According to LPD in a news release to KFOR News, officers were called to a home in the area of of South 34th Street and Tree Line Drive about the disturbance.  LPD later contacted and arrested Joseph at a separate location on suspicion of third-degree domestic assault and strangulation.

Joseph was put in the Lancaster County Jail.

After guiding the Huskers the rest of this 2022 football season, following the dismissal of former head coach Scott Frost, Joseph has been speculated to be a candidate on the Nebraska football staff under new head coach Matt Rhule and considered for other head coaching positions at some Division I schools.

“I was made aware of the charges against Coach Joseph and given the nature of the allegations and based on University policy he has been placed on administrative leave. We will have no additional comment at this time.”