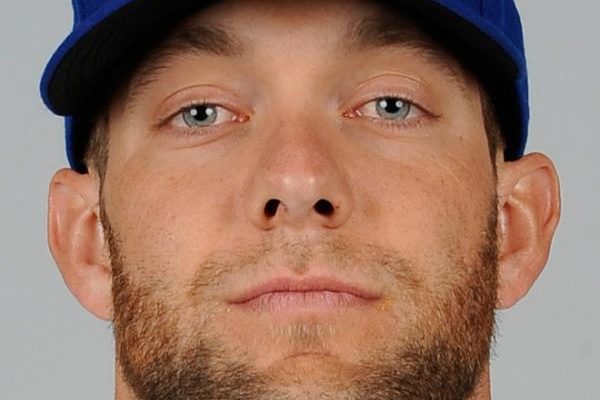 “Alex Gordon is a Nebraska icon, so we felt it was appropriate to break from the mystery torchlighter tradition and share the news this year,” said Opening Ceremonies Committee Chairman Dave Tinius.

According to Tinius, the NSC staff recommended releasing the news to give Cornhusker State Games athletes more time to plan for the Opening Ceremonies, which will take place Friday, July 16 at 8 p.m. at Seacrest Field in Lincoln. Gordon will meet with athletes at a meet-and-greet prior to the Ceremonies on the adjacent Den Hartog Field, where Gordon played many high school and American Legion baseball games before becoming a decorated Husker and Kansas City Royals player. The meet-and-greet will take place from 6:15 p.m. to 7:45 p.m. near home plate of the storied—and recently refurbished—Lincoln baseball stadium. Staging for the Parade of Athletes will take place around the outfield warning track following the meet-and-greet.

Gordon was a three-time all-state baseball player at Lincoln Southeast High School where he hit .483, with 25 homers and 112 RBIs. As a senior he was also an All-State defensive back in football, leading the
state with seven interceptions. He finished a three-year career as a Husker (2003-2005) in the career top 10 in eight offensive categories, was a two-time first team All-American, two-time Big 12 Player of the Year and won the Golden Spikes Award as the NCAA’s best overall player. He was drafted second overall by the Kansas City Royals in 2005.

Gordon made his major league debut for the Royals in 2007 and after battling injuries and defensive struggles at 3 rd base, his 2009-2010 transition to the outfield, fueled by a legendary practice and workout regimen, would lead to a long and decorated career as one of the best outfielders in the game and one of the best Royals players of all time. Over the next nine years, Gordon earned seven Gold Gloves, a Platinum Glove Award, three American
League Defensive Player of the Year Honors and appeared in three All-Star games. He played a pivotal role, offensively and defensively, in the Royals’ first appearance in a World Series (2014) in 30 seasons, and a World Series Championship in 2015.

Gordon announced his retirement from baseball near the end of the pandemic-shortened 2020 season. His name appears in the Royals’ all-time record books for fourth-most homers (190), fifth-most doubles
(357) and sixth-most games played (1,749) in franchise history. Gordon will be joined at the meet-and-greet by 2020 Mystery Torchlighter Eric Crouch, who won the 2001 Heisman Trophy and 1985 Heisman Runner-Up Chuck Long, will be on-hand officially as the Director of the 2022 State Games of America, which will be held in Ames/Des Moines, IA.

The Opening Ceremonies will begin with the Parade of Athletes, led by Honorary Parade Marshal Gene Haynes, recently-retired and long-time athletic director/principal of Omaha North High School. Other
featured attractions include skydivers, fireworks, a mascot showcase, and a tribute to Nebraska’s healthcare workers. The Big Red Alumni Pep Band will perform the national anthem and a mini-concert prior to the show. The Opening Ceremonies will be free to registered athletes and the general public.

The Opening Ceremonies officially kicks off competition in more than 70 sports in the 37th annual Cornhusker State Games. Most events will be held July 16-25th and officials expect more than 10,000 participants. Those interested can find information and register at CornhuskerStateGames.com.