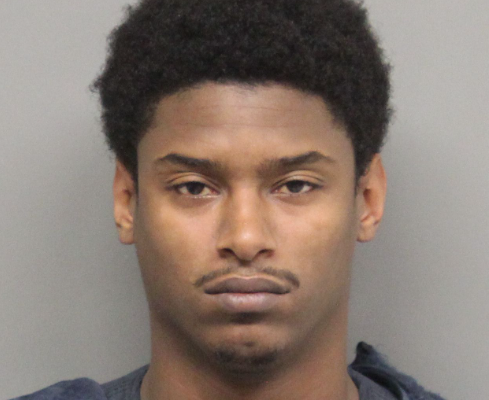 LINCOLN–(KFOR Nov. 16)–A 25-year-old Lincoln man is in jail, after he was contacted during a traffic stop late Tuesday afternoon in the area of 24th and “A” Street.

Lincoln Police Sgt. Chris Vollmer on Wednesday said that members of the LPD Gang Unit did surveillance on an apartment near 46th and Bancroft, once they got a search warrant.  Kendrick Buford was seen leaving the apartment and getting into his vehicle, where he was later stopped.  A search warrant served at the apartment found 12 ounces of marijuana, along with drug paraphernalia, a .40 caliber handgun, an AR style rifle.  The handgun was reported stolen during a burglary in Lincoln back in August 2021.

Buford was arrested and put in jail for manufacture and distributing a controlled substance within 1,000 feet of a school.  Buford’s apartment is near Calvert Elementary School.  He was also arrested for possession of a firearm during a drug violation and possession of a stolen firearm.