Joe Biden and Vladimir Putin to meet this week in Geneva 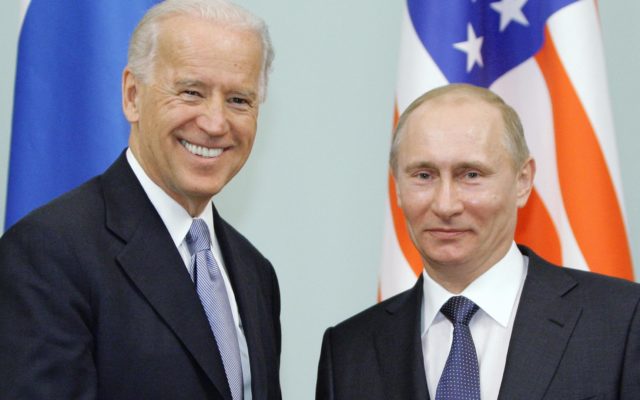 The agenda is expected to include discussion of Russian action in neighboring Ukraine, this week’s forced diversion of a Lithuania-bound flight by Russian-ally Belarus, efforts by both nations to stem the coronavirus pandemic and more. White House press secretary Jen Psaki said no preconditions were set for the meeting.

The White House is setting low expectations for the meeting. It isn’t expected to lead to any major breakthroughs — let alone the sort of reset of U.S.-Russian relations pursued by Biden’s old boss, Barack Obama, or the curious bonhomie of the Donald Trump-Putin relationship.

Instead, officials say Biden — who as a candidate and early in his presidency has warned that he expects the relationship to remain complicated —- is looking to find some common ground with his adversary on the path forward.

Sen. Ben Sasse criticized Biden’s decision to meet with Putin as “weak.” He raised concerns about Russia’s treatment of Alexei Navalny and tepid response to Belarusian President Alexander Lukashenko, a Putin ally whose country this week ordered the diversion of a Greece-to-Lithuania commercial flight in order to arrest a dissident journalist.

The senator also criticized Biden for sparing ally Germany sanctions over Nord Stream 2, adamantly opposed by U.S. lawmakers on both sides of the aisle.

“We’re rewarding Putin with a summit?” Sasse said. “Instead of treating Putin like a gangster who fears his own people, we’re giving him his treasured Nord Stream 2 pipeline and legitimizing his actions with a summit.”

The Kremlin, for its part, said the presidents will discuss “the current state and prospects of Russian-U.S. relations, strategic stability issues and the acute problems on the international agenda, including interaction in dealing with the coronavirus pandemic and settlement of regional conflicts.”