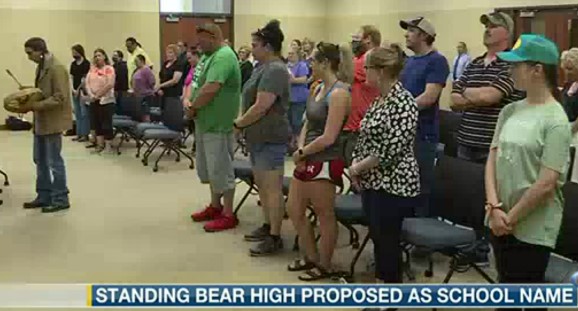 The ceremony at 70th Street and Saltillo Road will be livestreamed on the LPS website, as well as the LPS Facebook page and YouTube channel. Those wishing to attend in person are asked to RSVP to [email protected].

A committee of 10 community members and three Lincoln Board of Education members solicited and reviewed suggestions for names of the new high school. More than 200 names were suggested by more than 600 individuals. The committee met over the course of several weeks to discuss the submissions and make a recommendation to the board.

The committee unanimously recommended that the new school be named Standing Bear High School.  Standing Bear (1829-1908) was a chief of the Ponca Tribe when the tribe was forcibly removed from its homeland in Nebraska.  When Standing Bear returned to Nebraska to bury his son, he was arrested and held for trial. Standing Bear prevailed and was declared a “person” according to law.  He and his followers were free to return to their homeland. However, they had no home to return to, as all of the tribe’s land had been taken from them.