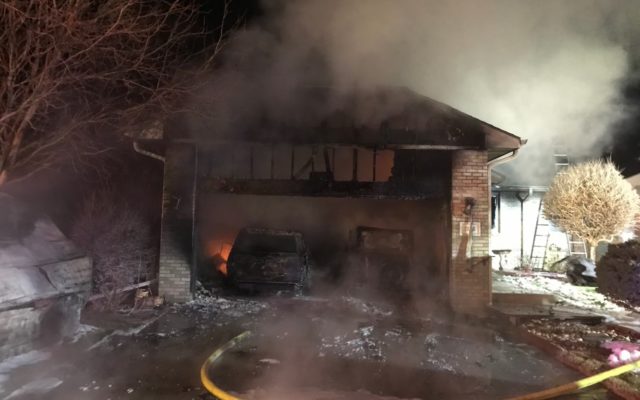 LINCOLN–(KFOR Feb. 25)–About $350,000 damage was done to a southeast Lincoln duplex, after a fire broke out late Wednesday night.

Lincoln Fire & Rescue Captain Nancy Crist says fire crews were called to the 7800 block of Stonewall Court, which is southwest of 79th and Van Dorn.

“The garage was fully involved and beginning to reach into the home,” Crist told reporters on Thursday morning.  The resident living in that duplex, where the fire originated, and people on the other side were able to escape unharmed. One firefighter suffered a minor injury that didn’t require him to be hospitalized.

The cause of the fire is still under investigation.