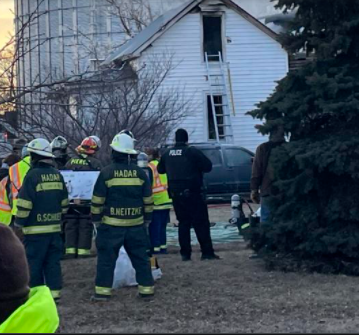 Around 3:34 am Saturday morning, Pierce Fire Department responded to a report of a house fire at 222 E Nebraska Street.  Firefighters found heavy smoke and fire coming from the house.

Six individuals were inside.  Three occupants were able to self-evacuate; two reported no injuries and one was transported to a local hospital and later was released.  The remaining three occupants (ages 17, 15, 12) were pronounced deceased at the scene.  The Pierce County Attorney has ordered an autopsy to determine the cause of death of the deceased.

State Fire Marshal Investigators have determined the fire was accidental and was caused by a wood-burning stove.