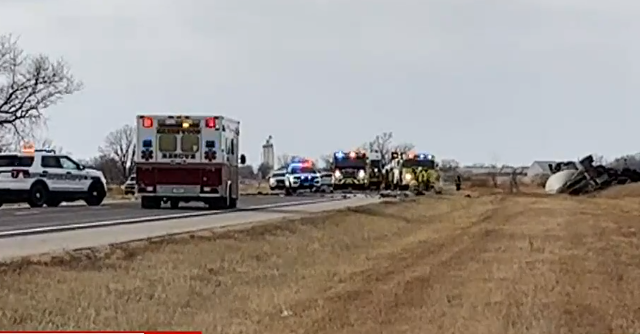 It happened near 162nd Street and Highway 6, just east of Waverly, shortly before 11 a.m.

A deputy on scene told 10/11 Now that a Volkswagen Jetta was traveling westbound in the wrong lane and crashed into a semi-truck. LSO said right now it’s unclear how the driver of the Jetta ended up in that lane. The driver of the Jetta, a man whose identity is not being released at this time, was pronounced dead on the scene.

The driver of the semi-truck had to be cut out of his vehicle by first responders and was taken to the hospital with non-life-threatening injuries.

LSO’s crash team will continue to investigate the scene.