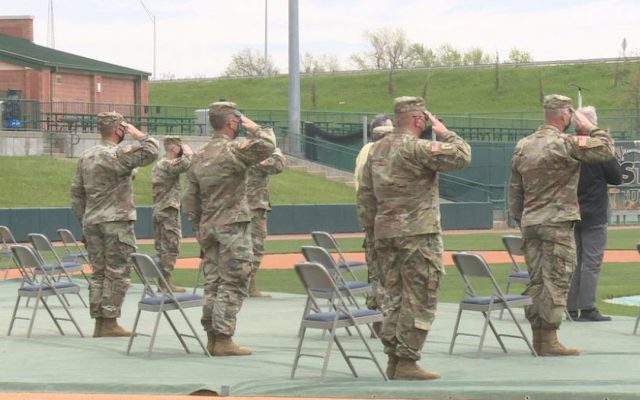 LINCOLN, Neb. (KOLN) – A deployment ceremony was held Saturday for soldiers with Nebraska’s National Guard in the 67th Maneuver Enhancement Brigade. More than 190 service men and women, and their families, gathered in Haymarket Park Saturday afternoon ahead of the unit’s deployment to Djibouti in East Africa.

Lieutenant Governor Mike Foley, Representative Jeff Fortenberry and Mayor Leirion Gaylor Baird all spoke at the ceremony. Some families said they’re hoping for a safe return for their soldiers after the 11-month deployment is over.

“I’m kind of a mix of excited and kind of anxious,” said Alexis Goebel, Specialist in the U.S. Army National Guard. “Anxious for the whole new experience. I’m very excited for the adventure itself.”

“We’ve been through it before,” said Captain Brandon Meyer’s wife. “Nothing we haven’t experienced, but it’s still always hard. I don’t think it actually hits you until they’re actually leaving.”

The brigade’s mission will include crisis response, protecting U.S. Forces, supporting operations and strategic partnership with the Djibouti community.