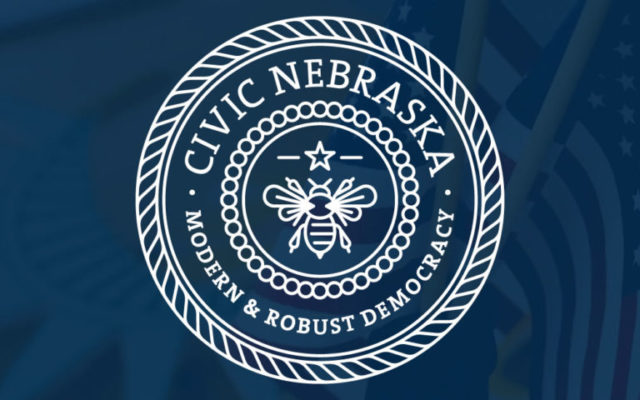 (KFOR NEWS  November 4, 2020)   Thanks in large part to record-smashing early vote-at-home ballots, Nebraskans were well on their way Tuesday evening to an all-time high for ballots cast in an election.

With more than a half-million early ballots in hand before polls opened on Election Day, election officials had already received nearly 60 percent of the state’s total vote compared with 2016 by Nov. 3.  The record early vote, coupled with strong day-of voting Tuesday, powered Nebraska closer to eclipsing the record of 860,573 ballots cast four years ago.

“Nebraskans have realized the benefit of voting early. Not only does it allow them to research their candidates and issues thoroughly, but it has also been a safe, reliable process to usher our democracy through an election year like no other,” Cartier said.

For much of the day, polling sites operated smoothly and without major issues. Civic Nebraska trained and deployed hundreds of volunteer election observers, and callers to its Election Protection Line reported steady attendance at precincts around Omaha, Lincoln, and Greater Nebraska throughout the day.

Several queries to the Election Protection Line were related to provisional ballots. These concerns included voters who had requested early vote-at-home ballots but subsequently decided they wished to vote in person on Election Day.

Also, in some instances, voters presented themselves at their polling places after requesting but failing to receive an early vote-at-home ballot in time for Election Day.

And finally, a number of voters who have changed addresses since registering to vote have reported to their old polling places. In all of those instances, voters were given the option to complete a provisional ballot, which can take up to two weeks for officials to verify and count.

While provisional ballots – often known as the “ballot of last resort” – allowed voters who had not updated registrations to cast ballots, the state can alleviate many day-of concerns by adopting same-day registration, Cartier said. The process, practiced in 21 states and the District of Columbia, provides a way to vote that does not require a provisional ballot.

“If Nebraskans want consistent ballots and a quick count on Election Night, same-day registration is a major way to ensure it,” he said.

> In Saunders County, a voter at a Ceresco polling station reported that s/he and another voter had received ballots that had all races except for U.S. President pre-filled. The voters were given new ballots.

> In Lancaster County, there was confusion regarding ballot drop boxes at locations other than the box at the county election commission office. Election officials closed drop boxes at all other locations Monday due to a statute stating that mail-in ballots cannot be submitted at polling locations. Some drop box locations also served as polling sites on Election Day.

> A small number of precincts in Greater Nebraska ran out of ballots, but county officials quickly deployed additional ballots.

Other than those instances, Election Day around the state generally proceeded smoothly and safely, Cartier said.

This is the fifth election cycle for Civic Nebraska’s Election Protection Program observation program. Civic Nebraska will release a full report from today’s general election once it compiles all information from precincts and the hotline.