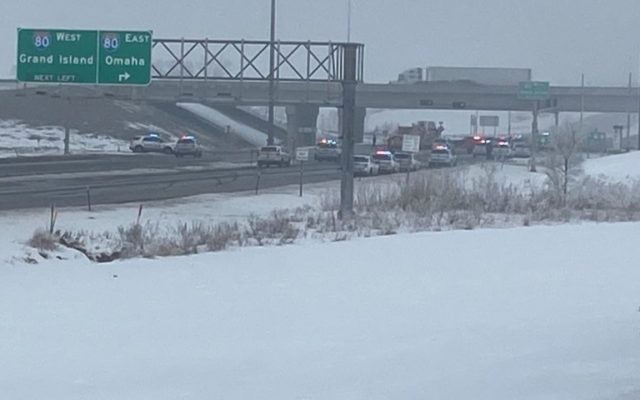 According to Sheriff Wagner, the second suspect, 26-year-old Christian Alexander of Evansville, Wyoming, died Tuesday afternoon at a Lincoln hospital and an autopsy is scheduled for Wednesday to determine the cause of death.  The sheriff added investigators have been in contact with Alexander’s and 30-year-old Hailey Stainbrook’s families and they have helped deputies in the investigation, regarding to what led up to the shooting.  Wagner said condolences go out to both families following the tragic outcome.

Wagner also said investigators have reviewed video evidence from the in-car cameras, the body worn cameras, and the businesses where the two suspects had gone.

“We know Stainbrook and the victim of the armed robbery had met Friday evening via a social media app and spent some time together at the victim’s hotel,” Wagner said.  “We have also learned the initial Nebraska State Trooper located the white trailblazer parked in front of a convenience store on Superior Street and pulled his patrol vehicle in behind the trailblazer. Stainbrook backed into the patrol vehicle, moving it out of the way, fleeing the scene. The Trooper pursued the suspects on Superior.”

Sheriff Wagner also said Tuesday that at 14th street, the pursuit went north and at Alvo Road, the Trooper then tried to intervene but was unsuccessful. The suspects proceeded to the 56th and Arbor Rd area where another attempt to stop them took place.  It was at this point Alexander pointed a handgun out of the window at the trooper. Two NSP troopers and one LPD officer were present.

The vehicle came to rest in the southbound traffic lanes of  56th Street, just south of the I-80 bridge. Alexander pointed the handgun at officers and they fired their weapons. When the threat from Alexander was over, negotiations began with Stainbrook to have her drop the weapon she had so officers could provide First Aid to Alexander. These negotiations lasted approximately seven minutes which ended when Stainbrook pointed her weapon at officers and a State Trooper fired his weapon. As soon as that threat was over, officers provided first aid to both suspects.

Sheriff Wagner says ballistic and forensic evidence is being examined to determine which of the suspects may have fired a revolver recovered from the vehicle. The revolver had live rounds and a fired round in the weapon. Another semi-automatic pistol was recovered from the Trailblazer, it turned out to be a .177 cal. Pellet pistol, a Sig Sauer lookalike.

Wagner said after consulting with the Lancaster County Attorney, their preliminary investigation has determined the officers were legally justified in using deadly force against both suspects.

Acting Lincoln Police Chief Brian Jackson said the officer involved in the shootout was 19-year veteran Jesse Hilger.  Jackson said Hilger is on paid administrative leave, until the investigation has been concluded.