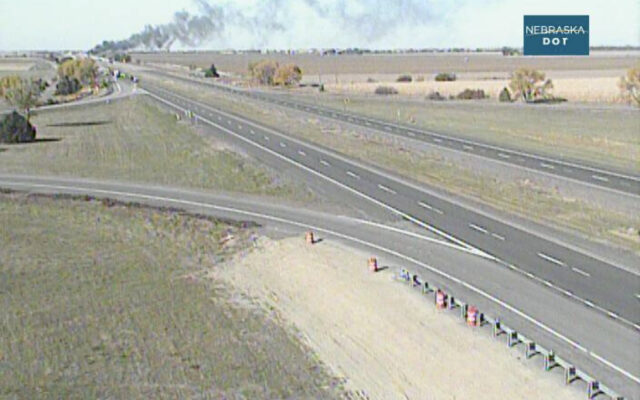 GOEHNER–(KFOR Oct. 19)–A fiery crash was reported late Tuesday morning by the Nebraska State Patrol on Interstate 80 in western Seward County between the Beaver Crossing and Goehner interchanges.

Emergency crews and the Seward County Sheriff’s Office is reportedly responding to the incident.    I-80 westbound is now shut down just west of Seward at Mile Marker 379, due to the fire resulting from a crash. Click the Nebraska 511 link for the latest alternate routes. Click here: http://511.Nebraska.Gov

I-80 westbound is now CLOSED just west of Seward due to a fire resulting from a crash. Please avoid the area as first responders work the scene. Check for alternate routes for the rest of your journey! Check https://t.co/dMWDoxmD2N for the latest! pic.twitter.com/kf7AguK2MY